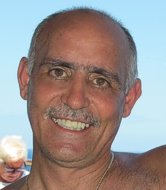 It is with broken hearts that we announce the passing of our beloved Michael at Hamilton General Hospital on November 30, 2019.

He fought so hard right to the end, but is finally at peace and free of pain.

Michael was the much-loved husband of Jane and cherished father of Cole, Hayden and Josh (Samantha). Michael was adored by his parents, Diana and Rick Gaiger, his sister, Laurie, niece Haley and nephew Jesse (Katie).

Michael’s death has left a huge void in our family. He was the life of every party and the centre of our world. To know him was to love him. His irresistable charm, his quick wit and his wild antics have kept us laughing for 55 years. He was the consummate storyteller, and even at his lowest point, he never lost his sense of humour.

The family would like to thank the dedicated ICU nursing staff at Hamilton General, especially Kristin, who took such good care of Mike as he left this world.

Cremation has taken place. Join us as we celebrate Mike’s life at the Polish Hall, 2316 Fairview Street, Burlington, Ontario on Monday, December 9th from Noon to 3 p.m.