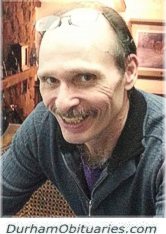 Passed away on Thursday, February 21st, 2019, after his cancer journey that started less than 2 months ago.

The lung cancer was very fast–acting and “aggressive”.

It manifested in such a way that it caused Walter much pain, fear and sadness, and at times he became confused and even delusional.

However, the last days and weeks of his life, Walter was constantly surrounded by his loving family. He did pass away peacefully.

Walter was brother-in-law to Gordon (Leslie), uncle to Matthew (Hayley) Chad, Corey and Amber, and great uncle to Abigail, Skyler and Peyton.

Walter is also lovingly remembered by his children’s mother, Cheryl, along with her mother Mary, the mothers of his grandchildren, Jenn and Pam, and the Mother-of-His Heart, Betty.

Memorial donations to the Lakeridge Health Foundation – Cancer Care would be appreciated.