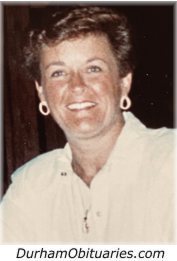 ROACH, Joy Hazel - After battling with MS and Fibromyalgia for more than 20 years, Joy Roach (nee Evans) passed away peacefully on the morning of February 10, 2020.

Joy is survived by her husband of 52 years Mr Leo Roach, their daughter Karin and son-in-law Brent and their children Devin and Brooklyn, as well as her twin brother Roy Evans (and wife Carol).

She was preceded in death by her parents Mr. and Mrs. Reginald & Thelma Evans and two sisters Beverly and Barbara.

Those who knew Joy knew her to be a kind, compassionate lady with a gentle heart ♥️💕♥️

Before she was diagnosed with MS, Fibromyalgia and Degenerative Disk Disease in 1996, she always enjoyed having a clean house, making sure there was a home-cooked meal on the table for her husband and daughter.

She also enjoyed going shopping (especially in the US). And, she loved nothing more than being able to lay in the sun and tan on a hot summer day (or on any of her many trips down south... especially where they lived in Mexico).

As time went on and she became more and more affected by her disease, she was no longer able to enjoy many of those activities but that didn’t stop her from always trying to smile and be happy.

She made an effort to enjoy the more simple things in life instead... talking to friends and family on the phone, visiting with company who stopped by the house, collecting angels and indulging in comfort foods.

Even in her final days, when asked “if you could have anything you want right now, what would it be?", she managed to whisper “a piece of apple pie." So, even though she was on a “special diet”, we made sure she didn’t get just one piece... she got two! She didn’t stop there though... she also stole a bite of apple fritter and blueberry muffin... and, she had her eyes on some chips too!! Lol!!

She was completely paralyzed and in immense pain for a number of years but somehow still managed to smile.

Even while feeling extremely weak in the hospital during her final days, she still found the strength to be saucy, stick her tongue out and crack a little smile.

She was asked to stick it out so her mouth could be rinsed but of course she seized the opportunity to be silly!  She probably would’ve said “don’t be such a brat!” at the same time if she’d had the strength (but just seeing that she was still trying to be positive and strong despite all she was going through was good enough).

She was even making fun of Devin right up until Tuesday evening telling him “you look cute in your little pink toque” and told him “you’ll always be nanny’s little angel”... just because she thought it was fun to embarrass him as much as she could!

She would’ve given anything for another chance to put on her makeup, do her hair and get dressed up one last time to go for a nice dinner and walk around at a mall, but unfortunately, she eventually had to give up her fight.

She gave it her all for 23 years, but eventually surrendered so she could have some peace and wouldn’t have to suffer any more.

We all hope you get to walk again in another life... and... we hope you always get lots and lots of warm apple pie ♥️♥️♥️

A celebration of of Joy’s life will take place in the spring of 2020 in Oshawa, Ontario. Date of service to be announced.

As an expression of sympathy, donations to the MS Society of Canada, www.mssociety.ca will be appreciated by our family.

Condolences may be left at oshawafuneralhome.com.