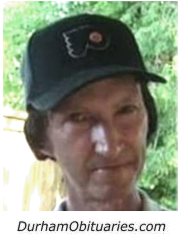 Passed away peacefully at Lakeridge Health, Oshawa, Ontario  on the morning of April 20, 2020 in his 64th year.

Dale was a loving father to John and Jessica Shaw, a devoted grandfather to Cameron, Kinsley and Keegan.

Dale was the youngest child to Rosaline and Angus Shaw, twin brother to Gail who pre deceased Dale in her 8th month.

Dale is survived by his siblings Keith, Dorothy and Dalton and will be greatly missed by his many nieces and nephews and all the numerous friends.

Dale worked at the Keg for over 20 years and would often refer to his workplace and co workers as his second family.

He deeply admired those co workers who cared and supported him during his battle with cancer.

He often said he was amazed at the outpouring of love and support he received when he needed it most.

So from his first family to his second one,  thank you for everything you have done for Dale.

He had an amazing sense of humor and a deep love of music. His favorite group was The Beatles and his favorite quote was from a song written by John Lennon,  "Life is what happens when you're busy making other plans. "

A special thank you goes out to  ARMSTRONG FUNERAL HOME who has been exceptionally accommodating and understanding during this difficult time.

There will be no services on account of the pandemic, however a celebration of life will be arranged at a later date.