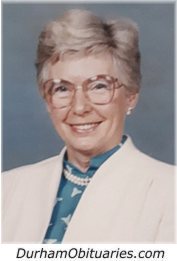 It is with profound sadness we announce our mother’s passing on May 3rd at Lakeridge Hospital in Oshawa, at the age of 97.

Wife of the late Roy Sawyer of 76 years and daughter to the late Frank and Rita McCallum.

Among those left to mourn Peggy are her daughter Barbara (Peter) of St. Catharines, Frank (Bett) of Fenelon Falls, Stephen (Debra) of Orono, Claudette (the late Michael) of Gores Landing and Susan of Orono.

Peggy has been cremated. Her family and friends will gather at a later date to celebrate Peggy’s life.

If desired, memorial donations made to St. Saviour’s Anglican Church in Orono or the  CHARITY of your choice would be appreciated.