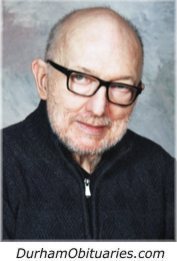 In sadness we acknowledge the sudden passing of the Reverend John Keith Zimmerman at Lakeridge Health Oshawa on June 7, 2020 at the age of 72.

John will be missed by his wife of 47 years, Deborah; his children, John Michael, Blaine, and Angela (Shawn Maschke); and his three grandchildren, Elliott, Sloan, and Hawkins.

Although he was born in Niagara Falls, New York, John spent most of his life as a proud Canadian.

Following ordination he served for six years as an Anglican priest in rural southern Saskatchewan parishes, where he learned to appreciate the strengths of prairie life.

His eight years as rector of St. Thomas’ historic church in Moose Factory, Ontario taught him a deep respect for the Cree people and their strong spirituality.

He kept involved in volunteer Anglican ministry as needed, in Moose Factory then at St. George’s Memorial Anglican Church in Oshawa, as long as health allowed; many respected his insights and his faithfulness.

Over the years he explored various hobbies, including model railroading, photography, tropical fish, outdoor activities, and woodworking.  John displayed a sharp mind and a keen interest in many topics.

During the earlier stages of his Parkinson’s journey, he participated actively in Durham Region Chapter, Parkinson Canada programs, advocating for acceptance of the whole person rather than the disability. Gradually, as Parkinson’s took over his body, his activities became more limited.

Recently John enjoyed participating in the OSCC Faith Place seniors’ day program, where he was well liked for his calm demeanour, factual knowledge, and his sense of humour. He will be greatly missed by many people.

The Reverend Canon Judy Herron-Graham will officiate at a family burial service this week. A service to celebrate of John’s life will be held at a later date.

Arrangements have been made through OSHAWA FUNERAL HOME.

Donations in memory of John will be gratefully received by St. George’s Memorial Anglican Church in Oshawa or Durham Region Chapter, Parkinson Canada.