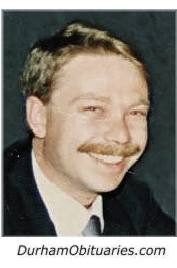 It is with immense sadness that the family of Reg Burlock must announce his passing on October 25, 2020.

His father, however, was killed while on duty with the RCAF prior to his birth, so they never had a chance to meet.

Other siblings from this family are Stephen and Holly.

Reg lived his early years in Dartmouth, Nova Scotia. He then lived in Downsview, Ontario and went to St. Norbert Catholic School and Downsview Secondary School. He moved to the Niagara region and settled in Hamilton, where he lived for many years.

Reg’s passions were bluegrass music, repairing and playing string instruments, especially guitars and mandolins. He was very proud of his work and his self-taught musical ability. He was a master carpenter and cabinet maker.

Reg was always chasing some far-fetched notions, and stood very strong on his opinions. He was always a very funny person who would come up with labels for things.

Reg had a very big heart and a bad temper. He loved dogs, his family and Coronation Street.

Reg was predeceased by his Mother, Lorna, and his brothers Steve and Dave.

He is survived by his stepfather Ernest Devenyi, his loving sisters, Holly (Perry) and Susan (John) and brother Brian (Jacquie), along with nieces and nephews Adam (Jennifer), Korri (Paul), Tyler, Eric (Michelle), Stephen, Krista (Mark), Rachael, Mitchell, Mackenzie and Emma. Reg also was a Great Uncle to Brooke and James.

Reg is being cremated and his ashes are being laid to rest with his brother Steve.

Reg has now been reunited with his family and has most assuredly met his father. A private family burial will be held with a celebration of life to follow during better times.

In lieu of flowers, donations to The Good Sheppard Centre in Hamilton would be greatly appreciated. Website is goodsheppard.ca.

The family wishes to offer their sincere appreciation to Dr. Erica Roebblen of the Health Shelter Network, Dr. Nhu Tram Agnes Nguyen of the Juravinski Cancer Centre, Olivia Carovillano of the LHIN and Nurse Nathan Shoga for their outstanding efforts.

We know that all of you tried tirelessly to help and we want you to know how much we appreciate that.