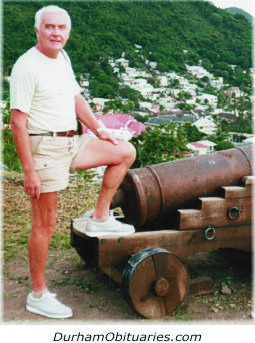 KACZYNSKI, Konrad - In loving memory of Konrad Kaczynski, who, after a lengthy struggle with dementia, passed away in his Oshawa home on October 30th 2020, at the age of 89.

Konrad was born in Poland. He followed his father’s dream and received a Masters in Architecture in 1955. He lived and worked on four continents, where he was greatly respected for being a conscientious gentleman.

He loved to read, indulging in his lifelong passion of military history, and valued his friendships.

Towards the end of Konrad’s career, he worked for the City of Oshawa.

In retirement, he continued to follow the sun and enjoy tropical beaches.

An Interment ceremony will take place on Saturday, November 14th at 2pm at Union Cemetery in Oshawa.

May he Rest In Peace.