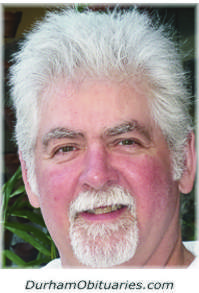 Passed away peacefully on Tuesday February 23, 2021 at Lakeridge Health Oshawa at the age of 68.

Jim will be deeply missed and fondly remembered by all his family and friends.

In his younger years Jim grew up in Toronto and later in Honey Harbour. He enjoyed excelling in sports, particularly in hockey, football and martial arts and he had a deep love of history.

Jim worked for a number of years for his father’s construction company. Later, Jim primarily worked as a police officer for York Region.

Jim enjoyed travelling to Hawaii and to the Caribbean Islands with friends and family.

For the last seven years Jim suffered from Parkinson’s to which he finally succumbed.

Jim was an adventurous, fun-loving man. He enjoyed travel, sports, sci-fi movies including Star Trek and Star Wars. He loved learning about sharks. Jim was a great jokester, a wonderful cook and a good friend to many. He had a soft heart for stray cats, and welcomed many into his home over the years.

If it was exciting … you could count Jim in!

Memorial donations to Parkinson Canada would be greatly appreciated by Jim’s family.

To share an online condolence, make a donation or register for visitation please visit  armstrongfh.ca .