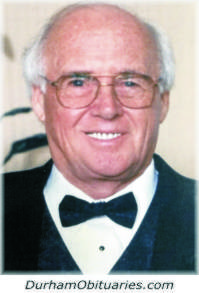 Beloved husband and best friend to Betty Greentree for 21 years.

As well as his friends Dave Wetmore, Ron Simcoe and mother to Charlie’s children Bess Durno.

Charlie worked for the City of Oshawa from 1967 to his retirement in 1996 as a Park/Arena Attendant and later became Manager of Harman Park Arena when it opened in 1970.

In 1974, Charlie moved back to Parks as a Management Foreman overseeing ‘Parks and Sport Field Maintenance’ for the entire city of Oshawa.

He spent many hours at his cottage on Skootamata Lake where he enjoyed fishing, boating, snowmobiling and beer.

Our family want to thank the dedicated staff at the Chartwell-Wynfield Long-term Care facility and a special thanks to the Lakeview Park staff for the care they gave to Charlie.

A private family service will be held at Union Cemetery, Oshawa.

If desired, memorial donations may be made to a charity of your choice.