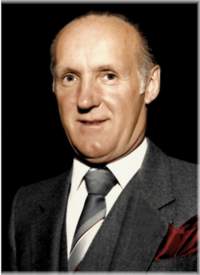 He will be missed by many nieces and nephews.

Born on January 27, 1933 in Inkerman, New Brunswick, to father Eugene Arseneau and mother Francoise Robichaud, who predeceased him.

A dedicated employee of General Motors for 35 years, member of the Knights of Columbus (#8549), member of the French Club and volunteer for a variety of charities.

Olivier requested to be cremated. A private family service will be held, and his cremated remains will be interred at the family plot in Resurrection Cemetery, Whitby Ontario, on a later date.

Arrangements are entrusted to the  ARMSTRONG FUNERAL HOME Oshawa.

Memorial donations are much appreciated to the R.S. McLaughlin Durham Region Cancer Centre, or the ALS Society of Canada.