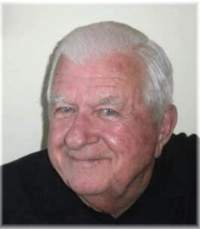 It is with great sadness that the family announces the peaceful passing of William HOWARD Souter, age 96, at Lakeridge Health Oshawa in the early morning of April 30, 2021.

He was preceded in death by his parents Muriel Souter and William Souter; his sister Audrey Thompson and her husband Ernie, his first wife for 51 years Norma (Dodd) and his step-daughter Sandra Burnett and her husband Steve.

He will be greatly missed by his wife Marilyn (Smith).

Howard served in World War II. He was honoured to have a poppy on his licence plate and to have a banner displayed in Downtown Whitby for the last three years honouring his service.

A private burial service will be held on Tuesday, May 4th. Arrangements entrusted to ARMSTRONG FUNERAL HOME.

In lieu of flowers, donations can be made in Howard’s memory to the Royal Canadian Legion (Branch # of your choice) or the War Amps.