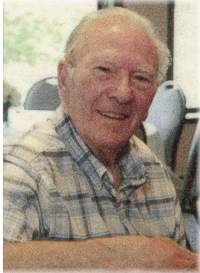 It is with deep sorrow and abounding, endless love that we mourn the passing of Mario Veltri on May 14, 2021, at the age of 88 years.

Mario was predeceased by his parents, Antonia and Francesco and his brother, Amerigo.

In May1952, Mario immigrated to Canada from Italy and spent six months building railroads for a nickel mine in Manitoba using a pick and shovel.

After moving to Scarborough, Ontario, he began working as a construction labourer for area homebuilders. He moved up the ranks from labourer to foreman to superintendent.

He returned to Italy, married Anna and together they started a new life in Scarborough. His love of the construction trade resulted in Mario starting his own company.

In 1965, Mario started with a modest two homes and 55 years later, he has built over a thousand homes in the Durham Region including nine apartment buildings and several commercial projects.

Mario was a trustworthy and well respected businessman. He was two-time past president and honorary life member of the Durham Region Home Builders’ Association. He was the recipient of the DRHBA Hall of Fame, Lifetime Achievement and Community Builder awards.

Mario was also recognized as business person of the year by the Greater Oshawa Chamber of Commerce.

Along with an inherent and strong work ethic, Mario advocated the importance of giving back to the community and made significant donations to multiple organizations throughout the years.

In his honour, donations in memory of Mario may be made to St. Gertrude’s Building Fund online at stgertrudesos.archtoronto.org or mailed to the parish office at 690 King Street East, Oshawa, Ontario, L1H 1G5.

Due to these unprecedented times, private visitation, funeral mass and burial will be held for the immediate family only. A celebratory mass in Mario’s honour will be scheduled at a later date.

Mario believed that faith and family were first and foremost. His legacy of love and devotion as a husband, father, grandfather, great grandfather, friend and businessman will remain ever thine and ever ours.

“The arms of angels carried you away, in the bright morning sun of Friday.
Suffering has officially died.
Heal and be at rest, beloved, as you unite with our Most High.”