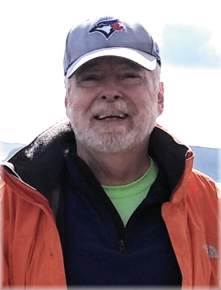 BURDEN, Peter Elliott Douglas Burden  -  After a long illness, Peter passed away at home on May 16, 2021 peacefully, surrounded by people he loved.

During his life, Pete didn't build buildings or create new businesses, but more important to him, he left a legacy of honesty and strong family values.

He had unconditional love and pride in the achievements of his two boys and 4 grandchildren.

Married to Gale for 45 years, she and Peter shared a relationship that was a source of support and mutual caring that was the envy of many.

He was a special Papa to Adrian, Gavin, Madelyn and Ally who were the center of his life and with whom he created many wonderful memories. They will miss him greatly.

After he retired from the Durham Regional Police, Peter had many interests and hobbies.

He was an avid reader of both the Globe and Mail and Rex Murphy's National Post column and delighted in passing on news items to his siblings He shared a fascination of military history with his brother John and together with their sons they attended many air shows as well as enjoying their little English sport cars.

Painting became a new interest and revealed a new talent we didn't know he had.

For many years, Peter was a member of Kinsmen club of Oshawa where he spent many year providing community service.

Besides many friends, Peter is survived by his wife Gale, sons, Matthew (Natalie) and Dan, (Aimee) Grandchildren Gavin, Adrian, Madelyn and Ally. Growing up in a big family, he leaves siblings, Leslie, Jane, John, Mary Ellen, Andrew and Elizabeth as well as many nieces and nephews.

He was predeceased by a sister Allison.

The world has lost a special person and he will be missed by numerous people who loved him.