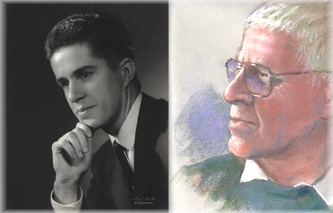 “What are we but shooting stars, hoping to shine long enough to make at least one soul believe in the magic.”

Sherry Namdeo.  With gratitude for his well-lived, love-filled life, we share the news of the sudden passing of Michael, ‘Mike’ Jack on June 6th at Lakeridge Hospital, Oshawa.

His spirit and presence were so large that his rapid departure has left a hole in our world.

The youngest of seven children, Michael, or ‘Mike’ was pre-deceased by his parents:  Marguerite (née Slater) and Herman Jack; his brothers Von, Hilaire, Edward, Bruce, as well as his sisters Francis and Marguerite.

Michael began his teaching career in Brantford Ontario at W. Ross Macdonald School for the Blind, moving to Whitby and continuing as teacher, Vice Principal, Principal and finally serving as a Consultant for the Arts at the Durham Catholic District School Board until his retirement.

He was the founding president of the Durham Secondary Unit, OECTA.

A beautiful visual artist, Michael was both leader and member of the PineRidge Arts Council and workshop facilitator for both Durham region school boards. At the end of his formal career, he continued teaching art out of his Whitby home and as a volunteer in local retirement residences.

Michael’s work was featured in the garden palette that he shared with our mom, The Station Gallery, juried shows, and gifted generously to family and friends.  Mike, dad, filled our Whitby home with music - piano principally, which he played by ear.  Whether he was singing Harry Belafonte, playing classical, Jazz, or even a tune he did not know, you only needed to sing him a couple of notes and he could complement you handily.

You did not have to have skill to join Michael on the piano; many a toddler plunked out notes and ‘poppy’ turned it into a beloved song.

He was a frequent participant in the Bobcaygeon Fiddle Competitions as accompanist and was a self-taught violinist.  He was proud to have performed on stage at Roy Thompson Hall.  Dad/Michael was the founder of ‘Senior Moments’ purveyors of fine Old Time Fiddle or Ceilidh music.

The group met at our Whitby home once a month to practice and prepare for their many volunteer appearances.  During those practices, our dear mama retreated to quieter climes at the back of the house.

Michael continued his membership with The Knights of Columbus, Chapter 4895 and was a long-time faithful parishioner and lector at St. John’s the Evangelist church, Whitby.  You counted yourself blessed to be on dad’s/poppy 2 AM prayer list.

The funeral mass will be celebrated on Friday June 11, at 10:30 AM St. John’s the Evangelist church.

To honour COVID protocols, the family will hold a second mass and celebration of Michael’s life when restrictions are reduced.

Attendance at Friday’s mass will be offered online via  W.C. TOWN FUNERAL CHAPEL .

We will miss Michael’s laughter, his monkey business, his oft repeated jokes, his music, his faith, his sense of fun and his love.

Donations to The Yonge Street Mission, (YSM), will be gratefully accepted in lieu of flowers.