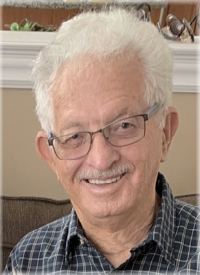 It is with great sadness that the family announce the sudden, but peaceful passing of Robert on Monday, June 7, 2021 at the age of 91.

He will dearly missed by his beloved wife of 55 years, Mavis, by daughters Kathryn (Paul) and Claire as well as by grandchildren Chloe, Riley and Teagan.

As per the family’s wishes, cremation has taken place and a private family interment will be held.

Donations will be gratefully accepted for the  CHARITY of your choice.

Expressions of condolence may be left at  etouch.ca .