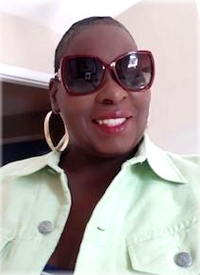 Shernett Marcia Hibbert, 54, was granted her Angel Wings on Tuesday September 21, 2021 at 6:30am after a 5-year battle with cancer.

Her final days were spent surrounded by family and friends at her bedside.

Shernett migrated to Canada in 1980. She graduated from Yorkdale Secondary School in 1986 with primary career focus on Cosmetology with hope to one day open her own natural hair braiding studio.

She devoted much of her time and energy as a caregiver to family members. Her interests included family, gardening, and sewing.

A memorial service will be held on October 9th at SIMPLE ALTERNATIVE FUNERAL CENTRE - PICKERING, Ontario. *Due to COVID-19 Protocol, attendance will be permitted by invitation only.

Following the service, she will be laid to rest at Duffin Meadows Cemetery in Pickering, Ontario.