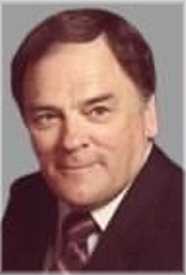 In the early morning of October 1st, 2022, at Lakeridge Health, Oshawa, with his family by his side, we said farewell to a loving and kind husband, father and grandfather, Donald John Morrison.

He lived most of his life in Sydney. He was known for his hockey playing for both Sydney and Newfoundland.

He moved to Ontario in 1965. He was a dedicated employee at Lasco Steel and an active union man.

Those who knew Don, knew that he loved to spend time with family and friends.

He loved his winters in Florida and his summers in Cape Breton with his wife, whom he adored more than life itself.

He is reunited with the love of his life, Loretta (nee Peck).

Don is predeceased by his parents, James and Effie Morrison, his brother Archie and his sister-in-law Joan Peck. He is survived by his brother Wilrod Morrison (Annie) and brother-in-law Fr. Daniel Pick. Loving father of Don Jr (Valerie), Jim (Darcie) and Marie (Eric).

Great grandfather to Ava and Aubrey. Don will be fondly remembered by his many nieces, nephews and friends.

A special thank you to the nursing and support staff at Traditions of Durham and Lakeridge Health Oshawa for their wonderful care and support.  Visitation will be held at the OSHAWA FUNERAL HOME 847 King Street West on Thursday October 6th from 3-5 p.m. and 6:30-8:30 p.m.

Mass of Christian Burial will be held at St. Gertrude's Catholic Church (690 King Street East) on Friday October 7th at 9:30 a.m.  For anyone not able to attend the service, please join us via our livestream link below:  https://funeraweb.tv/en/diffusions/61849  Cremation to follow.

Fond memories and expressions of sympathy may be shared at  oshawafuneralservices.com for the Morrison family.