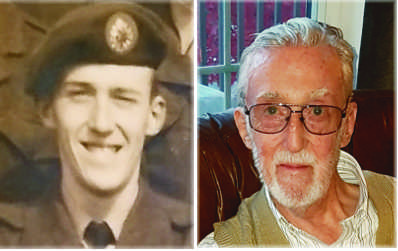 The family of John “Ian” Anderson, of Brampton, ON, is saddened to announce his peaceful passing on December 7, 2022 at the age of 90 years.

He will be lovingly remembered by his children; John (Jennifer), Gary (Kathy), his three grandchildren, Ian, Emily, Connor and dear friend, Janet Ferguson.

He was predeceased by his loving wife of 50 years, (Mary) and brother (Neil) of Australia.

John loved nothing more than to tell stories of his adventures traveling the world; from riding his motorcycle all over his native Scotland to his time in the RAF in Cyprus as an airframe mechanic.

He later took his adventures abroad to many parts of the world including New Zealand and Australia, where he spent many happy hours caving with his younger brother Neil.

He was an avid member of the Brampton Flower City Seniors Community. His many trophies and medals are a testament to his skills on a badminton court.  In his later years, John relocated to Brooklin, ON where he lived with his family.

As his Parkinson’s developed, he was welcomed with open arms and hearts to Hillsdale Terraces in Oshawa, where he was well cared for by the incredible team of nurses, doctors, PSWs and other support members.  Truly, they made his final years so comforting.

All those who met him were charmed by his gentle spirit, sense of humor and the timely lines of poetry he quoted us.

We were blessed to have been a part of his life and are richer for it.

A private family service will take place later in 2023.

In lieu of flowers, memorial donations may be to Parkinson’s Canada.

Messages of condolence and shared memories can be left for the family by visiting barnesmemorialfuneralhome.com .