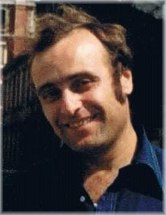 We are very saddened to announce the passing of our beloved husband, father, and Nonno, Libero "Leo" Papagni, who lost his battle with cancer at Ajax Pickering Hospital on New Year's Eve.

Leo was born in the coastal town of Vieste (Puglia), Italy where he grew up helping his father as a fisherman. He served in the Italian Royal Financial Coast Guard (Guardia di Finanza) before immigrating to Canada with his siblings in 1968. He met his future wife, Maria, while studying English at George Brown College. The two wed in her native Mexico in 1972 and resided in Pickering, Ontario for more than 40 years, where they raised their four children.

After working for Canada Post for 25 years, Leo operated two donut shops before opening an Italian family restaurant in 1999. He was retired for the last several years, and dedicated the last decade to spending time with his children and grandchildren.

Donations in lieu of flowers may be made in his name to Ajax Pickering Hospital.