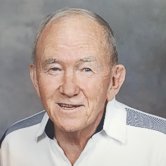 He is survived by his soul mate and best friend of 55 years, Christine (n. Mulhall) Fisher, and his most treasured children and spouses, Teresa and Dan Eves, David Fisher and Margie Grier, Michelle and Brian Skinner.

Bob was affectionately referred to as Poppa by his loving grandchildren and their partners. Predeceased by his grandson Christopher Skinner in 2010. Bob never missed an opportunity to let his family know just how much they meant to him.

Knowing he would do the same, Bob’s family surrounded him with an intense amount of love and support throughout his illness. Katelyn (n. Skinner) and Jordan Witt, their daughters Lillian and Madelyn, Jeff Eves (Monica), Julie Eves (Kyle), Jack Fisher (Crystal), and Molly Fisher were blessed beyond measure to have such a doting grandfather/great-grandfather. Quarters, cards, cribbage, 99, puzzles, and a myriad of songs, games and activities are but some of the memories that will be held dear of Poppa Bob, “the elf himself”.

Born on October 2, 1937 in Campbellford, ON, Bob was soon left an orphan, losing his parents Vernon and Ella within two weeks of each other when he was only 4 years old. After a few life-altering years in orphanage, Bob was offered a loving home in 1950, as the foster son of Michael and Mary Murray of Ingersoll, ON. Encouraged to keep his surname and supported in his need to continue positive relations with his natural siblings Joanne Young (of Kitchener) and William Fisher (d.1990), Bob was introduced to family, gaining new half-siblings in Kay (Greg d.) Dobec (of Belleville) Mary d.(Peter) Zielinski and Joanne (Paul d.) Smith (of London).

Brother-in-law extraordinaire to Margaret Murray (Jack) and Mary-Ellen Lawless (Dan d. 2001), Betty Fisher (William) and George Young (Joanne). Bob was loved like a brother, embraced and respected, as all of them shared life experiences that will be remembered forever. Pre-deceased by cherished best friends and neighbours Tom (d. 2008) and Betty (d. 2015) Heatherwick.

Nieces and nephews, their partners and families always knew that Uncle Bob was there for them in any capacity, at any time. They were enthusiastically loved.

Bob began his teaching career at a young age, and dedicated 34 years of his life to teaching, coaching, and motivating children to be their very best. After his years with the Dufferin-Peel Catholic School Board culminating as Principal of Mary Fix, then St. Edmund schools, he and Chris retired to start the second part of their lives as cottagers and snow birds, but most importantly as Grandparents.

Wherever Bob went he shared laughter, jokes and clever word play. His was a kind heart, and he left everyone in his midst smiling with his special gift for making them feel genuinely happy. He was always the first to offer a compliment, ask your name, make a rhyme, alleviate stress and simply just make you feel comfortable in the place where you were.

In lieu of flowers please make donations to The Society of Saint Vincent de Paul, through Mary Mother of God Parish.

Memorial visitation will be held at Glen Oaks funeral home, Oakville on February 10th from 2 - 4pm and 7 - 9pm.