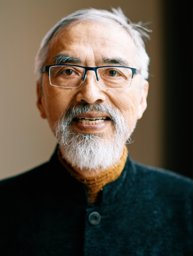 Peter, as he liked to be called, was born in Dinghai, China on January 21, 1951 to Ae-Jy and Yan-Mei Liu. His family moved to Taiwan when he was an infant, where he and his siblings spent their childhood.

Later, he attended Soochow University in Taiwan, where he graduated with a Bachelor of Commerce in 1973.

After university, he spent a few years in the Taiwan reserves and in vocational training. In pursuit of a new life, he moved to Canada in the late 1970s, and studied at Concordia University in Montreal. Between 1978 and 1981, he became a Canadian citizen and married his wife Li-Chun.

In Canada, from the 1980s until the 2010s, he managed the Hunan House Restaurant, owned K&P Variety convenience store, and in his later years before retirement, he was a taxi driver for Hamilton Cab.

Sadly, he was diagnosed with cancer in 2017, and fought bravely through treatments until his passing on September 6, 2019.

Peter greatly enjoyed swimming at the Bennetto Community Centre, visiting the Royal Botanical Gardens, and taking long walks at Dundurn Park, Bayfront Park, and Victoria Park, where a tree will be dedicated to his memory.

The family wishes to extend a very special thank you to the 3E staff at St. Peter’s Hospital for the care he received in the last few months.

We welcome guests to the visitation at Bay Gardens Funeral Home, 1010 Botanical Drive, Burlington, Ontario on Saturday, September 14th from 12pm to 1pm. Following that, a Roman Catholic memorial service will be held from 1pm to 2pm. Cremation to follow at a later date.

If desired, memorial donations can be made to the Juravinski Cancer Centre Foundation or St. Peter's Hospital Foundation at https://hamiltonhealth.ca/memorialgiving/.

Or donations can be made to his memorial tree at Victoria Park at https://www.gofundme.com/f/memorial-tree-in-honour-of-han-chou-liu.