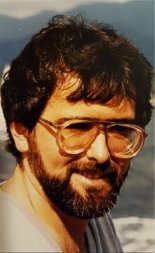 Peter passed away peacefully on October 12, 2019 at his home in Mississauga, Ontario, with his wife and his sister-in-law Sandi Walker present.

He will be sadly missed by his wife Diane, daughter Emily, son-in-law Gerard Freeman, son James, brother-in-law Roger Walker, as well as his large extended family in Canada and the UK.

He was predeceased by his father Tasho and is survived by his mother Velika, sisters Mary Nikolovski (Mile) and Helen Catania and brother George (Joanne). He was dearly loved and will always be in their hearts.

Peter was born in Tserevo, Lerin, Greece and immigrated with his family to Canada at the age of five. He graduated from Nelson High School in Burlington ON and obtained his BA Hons in Political Science and Economics from McMaster University. He went on to become Assistant Executive Director of the Ontario Pharmacists' Association, then Director of Government Affairs at the Canadian Restaurant and Foodservices Assoc. and subsequently at Boehringer Ingelheim.

He was editor and publisher of the Macedonian Canadian News in the early 1990s.

Peter loved Macedonian and international politics, movies, science fiction and Macedonian food, but his true passion was for his family and he was a devoted husband and father, raising his children to be successful and loving individuals.

Funeral Service at Glen Oaks funeral home & cemetery, Oakville on October 22nrd at 1:00 p.m. Reception to follow there from 3 - 5 pm.

"It broke our hearts to lose you
But you didn’t go alone,
For part of us went with you
The day God called you home."