It is with great sadness and broken hearts that we announce the passing of our cherished mother, Anna Popowycz, on December 5, 2022, at Trillium Health Centre, Mississauga, surrounded by her loving family.

She lived a long and fulfilling 99 years, only months away from reaching 100.

WELCH, Barbara (nee BODSWORTH)    -  On Saturday, December 3rd, with her family by her side, Boo passed away.

Norm was born October 12, 1928, in Belfast, Northern Ireland, to Robert Elwood and Louisa Gowdy In 1952, Norm was part of the original technician team that put the Canadian Broadcasting Corporation on the air.

During his 40-year career at the CBC, Norm worked part-time as the House Projectionist for the Canadian head office of Warner Brothers Pictures - which he continued until age 84!

PALMER, Margaret Joan (nee FORD)   -  She will be greatly missed.

She passed away peacefully at home, surrounded by her family, on the morning of Saturday, December 3, 2022, at the age of 77.

She is survived by Garry, her husband of 56 years; her children, Christine and Michael (Georgina); and her grandchildren, Cole, Brooklyn and Everly.

He leaves behind his daughter, Charlotte Clarke; and son, Timothy Clarke.

He is survived by his sisters, Brenda Tedesco (Robert), and Linda Begin (Russ); and his brother, Andrew Clarke (Julie Murray).

It is with great sadness that we announce the passing (at the age of 102), of our dear mother, Magdalyna.

She was the wife of Stefan Humeniuk (predeceased) for 67 years.

DESROCHER, Audrey Bernice (nee HODGES)   -  Audrey passed away peacefully and with dignity, at her home with her loved ones close by on Thursday, December 1, 2022, at the age of 87.

Audrey was the loving and dedicated wife of Ronald Desrocher for 67 years.

Dear mother of Michael (Debbie) of Brampton and Janine Desrocher of Waterloo.

Audrey loved literature, and being a published author was one of her proudest moments.

FINKELSTEIN, Sidney Finkelstein   -  Passed away on December 1, 2022, just short of his 90th birthday.

He will be sorely missed by his soulmate,

He was the devoted father and father-in-law of Joel Finkelstein and Paula Schipper, Judy and David Snider and Richard and Michelle Finkelstein.

He was blessed with eight grandchildren, and one great-grandson: Cory, Jessica, Dinah, Tara, Sam, Ellie, Emma, Alyssa and Noah.

He is survived by his sister, Frances Marshall. 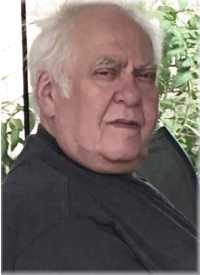 passed away peacefully, at Sunnybrook Hospital, with family and friends by his side.

Predeceased by his parents, Alfred and Grace; and brother, David.

Robert will be missed by brother, Larry (Pat); and sister, Judith (David).

Survived by his children, Jasmine, Tanya, Jade, and Mia; and his significant other, Meaghan.

Passed away peacefully, at Scarborough Grace Hospital at 95 years old.

He is survived by his wife of 71 years, Gertrude; his children, Anna and Edward (Nadine); his grandchildren, Michael (Raluca), Christopher (Kyle), Melanie and Andrew; and his great-grandchildren, Morgan and Rowan. 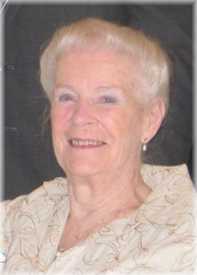 She will be greatly missed by her daughters, Joanne (George) and Rebecca; her son, Jim (Christine); grandchildren, Liza (Marco), Tony and Ben; and great-grandchildren, Arabella and Sebastian.

June was a friend and inspiration to many, nothing short of a dynamo.

She volunteered at Sunnybrook Hospital for over 35 years. She designed and helped build her cherished cottage and spent every summer in delighted residence.

She was an artist, creating countless paintings, many of them landscapes inspired by the lake. June read voraciously and took continuing education courses into her final year, inquisitive and interested in everyone and everything.

LEWIS, Rowland  - Peacefully, on November 29, 2022, surrounded by family, after a lengthly battle.

Predeceased by his wife of 50 years,

Predeceased by her beloved husband, the late Thomas George, and son, Paul James.

It is with immense sadness that we announce the passing of John Alexander Scott, who passed peacefully with his wife at his side, on November 29, 2022, at the age of 92.

Mourned by his wife, Grace; daughter, Erin; son-in-law, Leigh Smout; grandchildren, Kira, Lane and Byrne Smout, Charmaine Ponce, and William Ferris; and by his many nieces, nephews and their families. 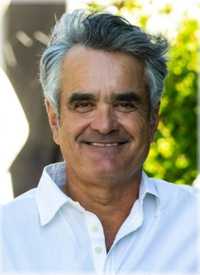 It is with great sorrow that we announce the sudden passing of Alan Vihant on Tuesday, November 29, 2022.

Deeply mourned by his wife of 32 years, Sheila (Webster); his sons, Matthew and Teddy; his mother, Mary; his brother, Frank (Irene); and his sister, Rosemary (Jeff).

Predeceased by his father, Frank. Loved and cherished by his extended family and numerous friends. Alan was born in Toronto and raised in Mississauga, Ontario.

He attended the University of Toronto and received his Bachelor of Architecture degree in 1987.

After graduating, Alan worked as a design architect with several of Toronto's most renowned architectural firms.

He is reunited with his parents, George and Ann.

David will be greatly missed by all of his family and friends.

Passed away surrounded by family, at Humber River Hospital, on Tuesday, November 29, 2022, in her 92nd year.

Predeceased by her husband, Joseph.

LIPSON-KORN, Sheri   - On Sunday, November 27, 2022, we lost our beloved Sheri. Sheri Lipson-Korn died peacefully in her sleep, after a mercifully short battle with lung cancer.

Sheri was small, but fierce and mighty, and lived with passion for everyone and everything that she loved. 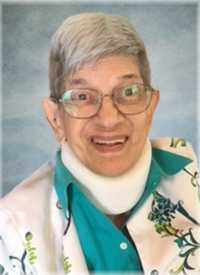 She was born in Mombasa, Kenya, the second of five children of Salustiano and Laura de Freitas.

She is survived by her sister, Greta de Souza (Cedric) of Calgary; her sister-in-law, Ilda de Freitas; and several nieces and nephews.

She was predeceased by her parents; and siblings, Pina Cardoso, Carmen Mascarenhas and Joviano de Freitas.

Predeceased by her husband, Todor. 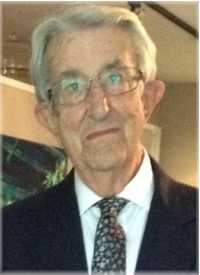 With great sadness, we announce that Anthony Fagan, 92, passed away on November 26, 2022, at the Cedarvale Nursing Home in Toronto after several months of acute illness.

Anthony was born in Merseyside, England, in 1930, served in the British Merchant Navy, then moved to Toronto, Canada, in the 1950s.

He was retired from Ontario's Ministry of Tourism, where he enjoyed a long and interesting career. 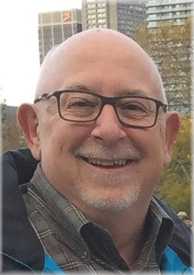 After graduating from the University of Toronto, Vic entered the insurance industry where he worked for over 30 years.

GALLEY, Albert   -  It is with profound sadness we announce the passing of our father, Albert James Frederick Galley.

On Saturday, November 26, 2022, after a lengthy battle with dementia.

Predeceased by his loving wife, Yvonne; and survived by his four children, Michael, Cindy, Tina and Yvonne.