BARANYAI, Anna (nee RUSZKAI)  - Passed away peacefully at Dorothy Ley Hospice, surrounded by her family, on Friday, May 18, 2018 in her 82nd year. 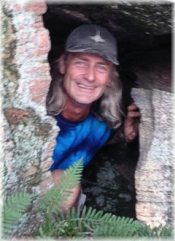 CURTIS, Timothy Cameron  - On May 18, 2018 in the middle of a life full of fun, adventure, creativity and helping anyone he could, Tim walked barefoot into a world beyond ours.

His passion for family and friends and the zeal with which he engaged every project and dream lost out to the awesome power of mental illness.

He was a loving son, brother, father, husband and friend, born July 29, 1965 to Mary-Ellen and Geoffrey Curtis.

He is survived by his daughter Tracy, brothers Bruno and Giuseppe and sister Bruna, as well as many loving nieces and nephews in Italy. 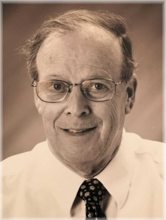 COULOMBE, Dr. Paul J.  - Family Dentist Passed away peacefully and in the presence of his loving family on May 18, 2018 at St. Michael's Hospital in Toronto.

Paul was born in Quebec City in 1933, the second eldest of 4 brothers.

He married Charlotte (nee Caron) in 1961 and moved to Brampton in 1963 to start a family dental practice.

Paul served Brampton as a family dentist for 42 years before his retirement in 2004.

LYTLE, William Frederick Alexander  - Died at home on Friday, May 18, 2018 in the loving company of his family.

Beloved friend, husband, father and grandfather, Bill is survived by his wife of 47 years Elizabeth, sons Timothy and Christopher and their spouses Stephanie and Meredith and grandchildren Estelle, Ronan, Sebastian and Elliot.

William was born on November 13, 1925 in Toronto to parents Frederick and Dorothy.

Joy is survived by her son Steve and his wife Cathie, grandsons Adam, Andrew and Robert, great-grandson Sylas and her son Greg and his wife Nancy.

Passed away suddenly in her 87th year.

Predeceased by her loving husband Harvey and sister Yvonne Dickson.

WARD, Patricia Audre (nee HANGER)  - It is with heavy hearts that we announce the passing of Patricia Audre Ward née Hanger, the world's greatest mother, wife, grandma and friend.

Passing away peacefully on May 17, 2018 at the age of 84, Pat will be greatly missed by her loving children Bryan Ward and Deborah Trumbley, her daughter-in-law Margaret Ward, her son-in-law Dave Trumbley, her beloved grandchildren Liam and Elisha Ward and Sarah Trumbley and her companion Herb Sherwood. 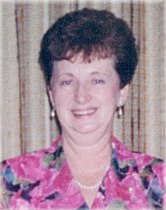 STICKLAND, Betty Rosemary (nee Heaney) - It is with great sadness that we announce the passing of Betty at McKenzie Place on May 17, 2018 in her 86th year, surrounded by her loving family.

Loving wife of the late Bob Stickland for 52 years.

CLARKE, Irene Spowart (nee ROBINSON)  - Irene Clarke passed away peacefully at the age of 89 on May 17, 2018 in Toronto, Ontario.

Born on August 5, 1928 in Toronto, she was the daughter of the late Thomas and Maud Robinson. 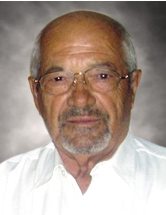 MATTUCCI, Rocco  -  It is with great sadness we announce the passing of Rocco Mattucci on May 17, 2018 in his 87th year.

He bravely crossed the sea to begin a new life in Canada. 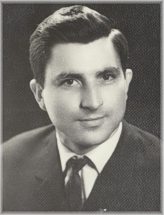 Passed away just shy of his 77th year, the beloved son of Ikonija and Danilo Tadic of Ramici, Bosnia.

Loving husband to Marijana (née Uremovic) for 52 years, cherished father to Diana and Natalie (Nick), who he adored and by whom he will be dearly missed. Step-granddad to Robert. 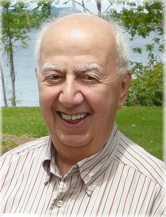 He was predeceased by his wife, Phyllis and his siblings Denise and George.

He is remembered by his sons Gary (Cathy) and Geoffrey (Martha), his grandchildren Jason, Sarah, Andrea and Bradley, and siblings Edmund and Gloria.

Bob Hodgson of Mississauga, Ontario, son of the late Fred Hodgson and the late Edna (Mosher).

There will be a private family memorial and internment at the Glen Oaks Funeral Home & Cemetery, 3164 Ninth Line, Oakville, Ontario on Saturday, May 26th, 2018 at 2:00 p.m. Cremation.

As an expression of sympathy, donations to either The Alzheimer Society of Ontario or The Heart & Stroke Foundation would be appreciated by the family.

She lead a life full of verve and vitality, and was a longstanding central character of Corktown. 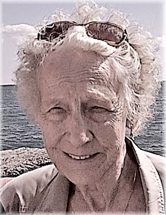 Loving Mother to Martin (Debi) and Granny to Michael.

She will be sadly missed by all her loving family and friends.

ELIOPOULOS, George  - Peacefully passed away on May 16, 2018, at the age of 96, beloved husband of the late Christina. 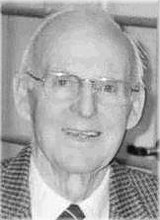 Passed away peacefully with family at his side.

Predeceased by his wife, Frances Collins "Frankie" of 64 years.

Born in Johnstone, Scotland he was the youngest of 8.

He was a proud member of the RAF during WWII before coming to Canada.

Doreen was the beloved wife of Ken, loving mother to Lori (John) MacEachern and Lisa, adoring grandmother to Kelsey and Cameron and grand-dogs Harry and Billy. 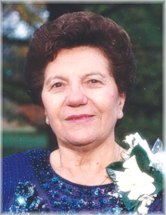 BABYTSCH, Andrij  - Passed away peacefully at Humber River Hospital on Wednesday, May 16, 2018 in his 97th year.

He was predeceased by his wife of 50 years Anna (Semeniuk).

He was born in Winnipeg, Manitoba and raised in Lachine, Quebec.

Michael was a kind, brilliant and unique man who carved his own path.