MEYER, Aadrey   -  It is with heavy hearts that we announce the unexpected, yet peaceful passing of Audrey Meyer on Thursday, June 3, 2021, at her home.

Audrey was in her 97th year.

She will be dearly missed by her children: Donna (Tom), Linda (Dennis), Daniel (Raja), Sandy (Mac), Shirley (Paul), Lori (Ken), and Brian (Liz). Predeceased by her son Dave and will be remembered by Theresa. 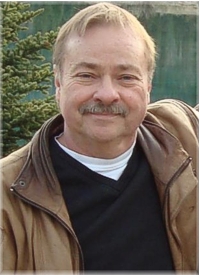 Grandfather to Emily and Addison.

Born in Toronto, Bruce was predeceased by his parents, Russell and Gladys.

Following a long illness of kidney disease Bruce passed peacefully in his sleep at home in Calgary. 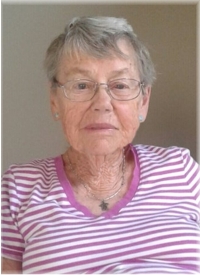 WILSON, Dorothy Ann   - It is with great sadness we announce the passing of Dorothy Ann Wilson (nee Prophet) at Innisfree House, Kitchener on June 3, 2021 at the age of 91 years.

She was predeceased by her husband Douglas and brother William "Bill".

Though she thought herself shy, Dorothy liked being active in the community through the United Church, Explorers, Meals on Wheels, the Visiting Library Service, and later knitting and quilting for donation. 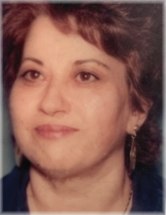 ANDRIOPOULOS, Sofia - It is with great sadness that we announce the passing of my dear mother at the Toronto General Hospital, on Thursday June 3, 2021 at 10:50 am, with her son John by her bedside.

Mother leaves behind her one remaining sister Voula, sister in law Vaggelina, nieces and nephews,and daughter in law Jenny, her family and her beloved son John, who will miss her dearly as will everyone that knew Momma Sofia (as she is affectionately known as).

She loved church and Saint John the Russian whose remains are in her villages church. 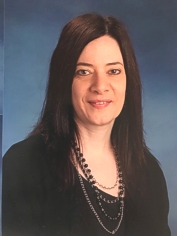 DI PIETRO, Nancy - It is with a heavy heart that we announce the passing of our beloved, Nancy.

Nancy was born on October 20, 1967 to Michele and Teresa Misasi in Toronto and was the youngest of three daughters.

She is survived by her loving husband Paul and two sons Paolo (Claudia) and Adriano.

Cherished daughter of Michele and Teresa and daughter in law of the late Paolo and Giuseppina. Much loved sister of Frances (Frank), and Mary-Jo (Corrado). 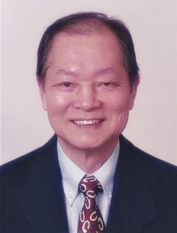 Beloved and cherished Husband, Father, Grandfather and Brother, Dr. Ngoc-Khoi Hoang was born on July 19, 1931 in Bac Ninh, Vietnam and sadly passed away on June 2, 2021.

He served his community and patients for five decades as a dedicated caring doctor in both Vietnam and Canada. He had a lifelong passion for learning and later he would continue with his zest for life, learning piano, Chinese, composing songs, videos and poems. 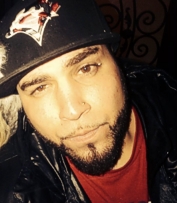 Beloved son of Jose (deceased) and Lucy da Silva, brother of Sonya and Jennifer, Father of Julia and Tiona, cousin and friend.

Jeffery was born in Brampton at Peel Memorial Hospital. He grew up surrounded by his loving friends and family. Jeffery was such a loving and caring man, he truly had a heart of gold. Always giving even if he didn’t have much to offer. But the love for his family was always there. 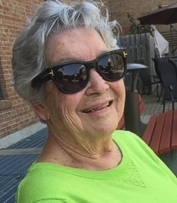 Joyce was predeceased by her beloved husband Donald Hewitt, her daughters and their husbands Gail (Frank) and Debbie (Frenchie), and by her brother Bob Philips.

Carlos was the son of Antonio Viveiros Couto and Maria Martins Couto. 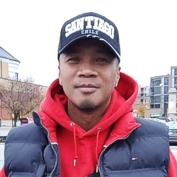 CASUGA, Frank - On Wednesday, June 2nd, 2021, at the age of 50, our beloved Frank Casuga left the physical world to be reunited with the angels that have passed.

Frank was born on Oct 22nd, 1970 in Manila, Philippines to his proud parents, Felipe and Francisca. In 1975, his family immigrated to Canada and resided in Toronto then later moved to Mississauga.

Growing up, he would spend hours at the arcade, playing volleyball and poker, robbing ice cream stands and causing trouble with his close-knit brothers, Fred and Ferd and his loving sister, Florence.

Frank was the ultimate family man. His known catchphrase “Don’t worry. Don’t worry, I got it.” is only a small representation to the means he would go for his loved ones. At Medieval Times in 1994, he was the knight in shining armour to the love of his life, Jackie. For a joyful 25 years, he would visit her every day, call her every night and text her 143; a thing he would do to tell her he loves her. 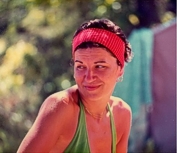 TRUMPER, Eva Elizabeth - (1946 - 2021) - Eva passed away peacefully with her son by her side after a year and a half battle with colon cancer on June 2nd, 2021 at Maraget Bahen Hospice in Newmarket.

She is survived by her son Peter Mark Trumper and her grandson Kyle Peter Trumper.

Eva will be remembered as a fun-loving mother and a friend by all who knew her and will be fondly missed. A true spirit with a zest for life and a passion for all things and people in it. 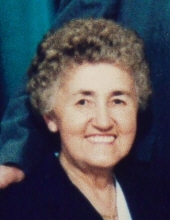 Wonderful son to the late Solomon and late Ada, brother to the late Harold, Doris and the late Cyril. 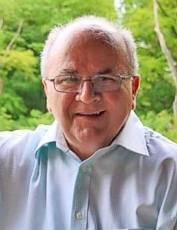 DYMENT, Brenton Spurgeon - Peacefully passed away at home on Wednesday, June 2, 2021 at 70 years of age.

Ms. Winsone Mendes passed away on Wednesday, June 2, 2021 in Toronto.

She will be greatly missed by her family and friends. 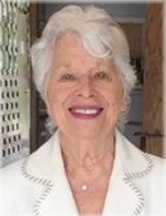 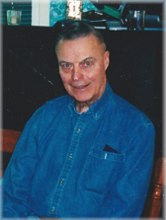 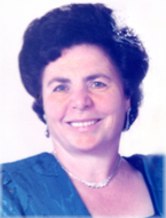 RIZZO, Angela - It is with great sadness that we announce the passing of our beloved mother Angela on June 2, 2021 at the age of 82.

Angela was cherished by her children, grandchildren, daughter-in-law, brothers, sister, extended family and many friends. 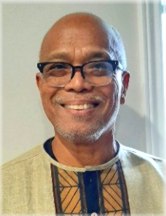 MARANAN, Pablo Biscocho - Took his last breath on June 2, 2021. Being diagnosed on the 9th of April 2021 and battling acute myeloid leukemia, he passed peacefully in his home surrounded by his family in the arms of his loving wife.

Pablo, also known as “Pabling”, was born on the 26th of October 1945 in Batangas City, Philippines he then moved to London, England and finally made his forever home in Fergus, Ontario, Canada.

Along the way he made connections and countless friendships. 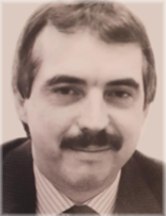 OSTI, Ezio Martin - Passed away peacefully on June 2, 2021 at the age of 72 after a 7 year battle with Alzheimer’s Disease.

He will be dearly missed by his loving wife, Cathy and children Michael (Lena) and Marisa (Pedro).

Forever in the hearts of his granddaughters, Amaya and Molly.

Reunited in Heaven with his parents Giulio and Giovina. 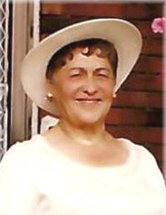 She was the loving wife of Louis (predeceased) and loving mother of George (Elaine) and doting and loving Baba of Declan, Kiera and Anya.

Baba Lina was the youngest of four siblings – Bob (Lambo), Helen, Nick (all predeceased) – and by all accounts, being the youngest, may have been a tad spoiled by them.

Regardless, she had immense respect and love for each of them, and particularly for Bate Lambo as he was the oldest and was like a father figure to them. Baba Lina’s main love in life was family. 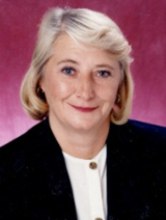 She will be missed by her grandchildren Ashley (Matt), Ryan (Kaytlynn), Katrina, Dennis (Marta), Deanna (Anthony) and great-grandmother to Leonardo.

Predeceased by her brother Kevin.

Beloved wife of Bill for over 53 years.

Daughter of Esther and Morris McDevitt.

Sister of Jim and June.

On June 2, 2021, the sweetest woman on earth left this mortal coil.

Valerie Ann Lister passed away at The Scarborough Hospital due to complications from multiple sclerosis.

Val was born in Vancouver, BC but she primarily grew up in Burlington, ON. 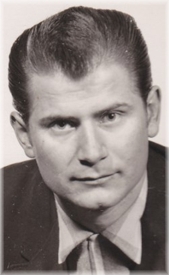 George loved his family with all his heart, creating the loving close family that he enjoyed.

He was also close with his many siblings, cousins and friends throughout his life.

A believer in community he was an executive member of the Trsye Benevolent society for over 50 years keeping the village folks close through dances, picnics, kids Christmas parties and zapost lunches.

THOMSON, Carole   -  Carole Rosemarie Thomson, of the City of Toronto, in her 63rd year, passed away peacefully on June 2, 2021, at St. Joseph's Health Centre.

Carole was born in Toronto on August 29, 1958, the only daughter of Jim Thomson and Rosemarie Lynn.