ELIAS, Nicholas  - Passed peacefully at Markham Stouffville Hospital on April 28, 2018 at the age of 85.

Predeceased by his loving wife Ekaterini of 64 years.

Caring father to Vicky, Letta (John) and the late Alexander. 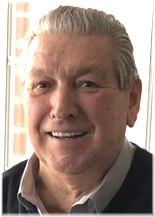 Passed away peacefully at his home in his sleep following a valiant battle with cancer.

He has joined his beloved late wife Mary in heaven.

Loving and proud father to Steve Jr. and his wife Helena and Helen Babic and her husband John. Dear "papa" to Emily, Evan and Erik.

BETTIOL, Geraldine Helen  - Passed away peacefully at Credit Valley Hospital on Saturday, April 28, 2018 at the age of 81. 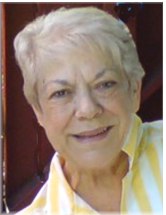 BIETH, Barbara May  - Passed away at the Trillium Health Partners McCall Centre, on Saturday, April 28, 2018 in her 82nd year.

BRUNI, Giuseppina  - Peacefully, surrounded by her family, God called Giuseppina on April 28, 2018 at the age of 90.

She was the beloved wife to Bruno for 60 years.

She will be sadly missed by her children Matilda, Luigi and Rocco (Angela).

BURKE, Sister Patricia Mary, S.O.S.,   -  Patricia died peacefully at the Houses of Providence, Toronto, ON April 28, 2018 in her 66th year of religious life with the Sisters of Service.

She was the beloved wife of Robert Ball also of Savannah, TN and the loving mother of Julianne Ball, Washington, DC, Bobby (Lyndsay) of Ashburn, VA, Hilary (Paul Kakanis) of Longview, TX, Kathryn of Savannah, and Connor of Murfreesboro, TN. 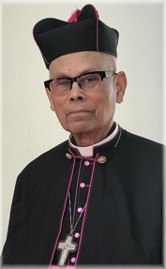 D'SOUZA C.H.H, Reverend Monsignor Terence F.  - In Loving Memory of On April 28, 2018 at age 85 at Credit Valley Hospital in Mississauga.

Peacefully he was called to eternal life.

He is the beloved eldest son of the late Abdon and the late Pulcheria D'Souza.

DEMANUELE, Professor Dr. Alfred  - Previously of the University of Toronto and Sunnybrook Hospital, latterly living in Malta, October 8, 1930 - April 28, 2018, passed away at Mater Dei Hospital, at the age of 87 years after a long illness.

Predeceased by his sister Jean of New Brunswick and his elder brother, Giuseppe of Bormla.

FEJES, Steven  - Passed away suddenly and unexpectedly at Etobicoke General Hospital on April 28, 2018.

Born on January 18, 1928 in Hungary, he survived a war, a revolution and established a family and a life full of friends and happy memories. 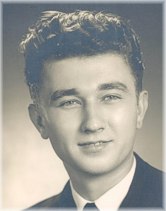 His family left his native Ukraine in 1944, during WWII, via Germany, and settled in Sudbury, ON

He graduated with a PhD in Chemical Engineering from University of Toronto in 1970 and wore his iron ring with pride.

Beloved husband of Gail for 39 years. 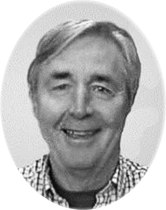 Remembered also by his nieces and nephews and their families.

She attended Central High School and worked in the Communications industry at Bell Canada.

HADDRATH, Roswitha  -  Peacefully at Scarborough Centenary Hospital on Friday, April 27, 2018 at the age of 83.

SHIACH, Ian  - With deepest sorrow we announce the passing of Ian Shiach on April 27, 2018 at his home in Pickering.

Ian passed away with all the dignity and strength he lived his life with.

STARON, Barbara  - It is with great sadness the family announces the passing of Barbara in Toronto, on Friday, April 27, 2018 at the young age of 94.

Devoted husband of 60 years to Molly. 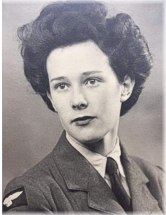 Loving mother to Irena Christine and her husband William Preston.

Born October 11, 1927 in London, England to parents Charlie and Lucy.

Predeceased by his dearly beloved wife Marlene (Lowry) after 54 years of marriage. 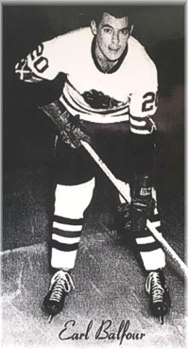 Earl was the beloved husband of the late Marjorie and a brother of Arthur, Gail, the late Brenda and David.

He was an uncle, cousin and friend of many.

Earl was also the dearly loved dad of Penny, Peggy, Patti, Paul, Peter (deceased), Pamela, Piper, Patrick (deceased) and Parker. When people learned he was the father of nine and was asked how many of each, it amused him to answer "3".

Our dad's cancer battle over the past year was an amazing display of courage, dignity and humour. He was capably supported throughout with the selfless devotion of our Parker Murray.