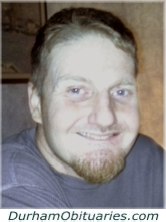 Passed away suddenly in Port Credit on Monday, November 20th, 2017.

Paul was born in Oshawa on March 2nd, 1978 and leaves behind his partner Ashley Beis, his mother Barbara Carmichael (Mike Painter), brother of Keith Carmichael, 2 nephews Devan and Colin Carmichael and his grandmother Sandy and the late Brent Snowdon.

Paul was a life long Blue Jays fan but best known for his outstanding sense of humour and always willing to help anyone down on their luck.

Passed away peacefully at home with her family at her side.

Visitation will be held on Thursday, November 23, 2017 from 2-4pm and 6-8pm, at Andrews Community Funeral Centre, 8190 Dixie Road, Brampton, ON.  Funeral service will take place in the chapel at 11 am on Friday, November 24, 2017. Burial at Assumption Cemetery.

Memorial donations may be made to the Children's Wish Foundation.

Beloved husband to Mary, who predeceased him 16 years ago.

Beloved wife of 66 years to Harold.

NAUNDORF, Lois Dorothy  - Passed into the arms of Jesus surrounded by her family in the Griffin's home in Queensville on Monday, November 20, 2017 in her 90th year.

SCHVARCZ, Margaret Sr.  - Margaret had just celebrated her 75th birthday before passing away peacefully in her daughter's arms on Monday morning, November 20, 2017, at the Credit Valley Hospital in Mississauga.

SWALLOW, Noreen J.  - 1928 – 2017  After a long illness due to complications of Parkinson's disease, Noreen died of pneumonia at the Queensway Hospital in Toronto on November 20, 2017.

Noreen was the beloved mother of Carol, Mark and Leila, grandmother of Lexie (14) and Victoria (11) and wife of the late J. Earl Swallow. 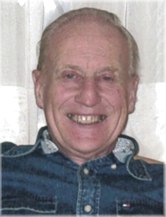 Beloved son of the late Walter John and Alyce.

Suddenly at Hamilton General Hospital on November 20, 2017, Robert left us all.

BERGIN, Beryl Irene (nee REES)  - Passed away peacefully, with her family by her side, on Monday, November 20, 2017 at North York General Hospital in her 96th year.

Predeceased by her husband Daniel (2000).

After a lengthy battle with Pulmonary Fibrosis, Raldine Jackson passed away peacefully at her home in Mississauga, surrounded by family.

Survived by her daughter and best friend Megan, her mother Margaret, sisters Sheila (Greg), Sandi (John) and Patricia (Tom) and her brother Doug.

Comforted by his children Kelly-Anne and Brett, with a toast of beer, Daddy left us peacefully while his beautiful wife Nan lay by his side.

McKAY, Jack  - Passed away November 20th with Dorothy (wife of 62 years) and sons Michael (Sue) and Anthony (Laarni) at his side.

He was most proud of his 30 years with the Toronto Police Department.

Heaven has another singer and dancer.

ANTEN, Amy Vivian  - It is with sadness the family announces the unexpected passing of Amy Vivian Anten on Monday, November 20, 2017 at age 62 in Toronto. 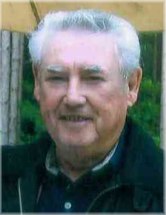 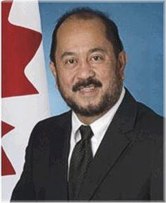 We are deeply saddened to announce the untimely passing of the Hon. Tobias C. Enverga, Jr., who suffered a heart attack while on a parliamentary trip in Colombia.

Senator Enverga was a trusted friend, tireless advocate for the Filipino community, devoted husband to Rosemer and beloved father to Rystle, Rocel and Reeza. 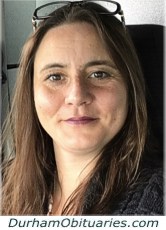 She will be sorely missed by her husband Darryl, son David, daughter Tinesha, her brother Roger, her mother Theresa Nicholas and her extended family.

Passed away peacefully at home, surrounded by the love of his family, on Sunday, November 19th in his 86th year.

Heartbroken by their separation, will be her soulmate and husband of 67 years, Jim Farr.

JONES, Samuel Thomas  -  It is with broken hearts that we announce the passing of our beloved husband, father and grandfather ("Poppa"), Sam Jones, age 73.

Sam's presence, heart of gold and sense of humour was a gift to all lucky enough to have known him.

Peacefully passed away at St. Joseph's Health Centre on November 19, 2017 with family and his friend Celia Birung by his side.

SULLIVAN, John Edward Allan  - It is with profound sadness we announce the passing of our Dad on Sunday, November 19, 2017 at Scarborough General Hospital in his 91st year.

John was married 60 years to the love of his life Norma (deceased 2011). He was preceded in death by siblings Kathryn, Frank (Marie deceased), Lee, Mary (Gary) and Mike (Agnes). He is survived by his siblings Ted (Louise), Patsy (Terry) and Peter (Dorothy).

John was part of a large, athletic family born to Ursula and Frank Sullivan in Toronto. His extensive hockey background included many accomplishments as a Player and also as a Referee in the Ontario Hockey Association for 20 years.

HALIFOUX, Cindy Lou   - It is with great sadness that we say goodbye to Cindy Lou Chalifoux (nee Thompson) who passed away at Credit Valley Hospital on Sunday, November 19, 2017.

Loving wife to Guy, amazing mom to Remy and Monique, a cherished daughter to Ronald and Norma Thompson, and an awesome sister to Sharlene (Brian) and John (Darlene).