GIBBONS, Diane Elizabeth   -  It is with heavy hearts the family announces the passing of Diane at Norfolk General Hospital on Wednesday, June 9, 2021, of Vanessa, at the age of 66. 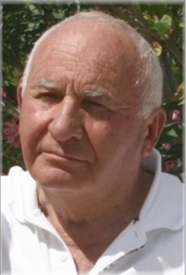 Risto passed away peacefully at his home.

Risto loved his family like no other, his dedication as a husband, Tate and Dedo was his destiny.

Beloved Dedo to his pride and joys Sonya, Dina and Stephanie. 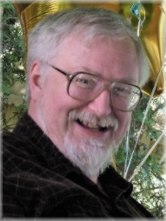 BINGLE, Paul - Passed away peacefully in his home surrounded by family on Wednesday, June 9, 2021.

Paul will be deeply missed by his devoted wife Dorothy Bingle, his son Adam (Nicole), his daughters Amanda (James), Kelly (Bob) and Diane, and his beloved doggie Asta.

Paul is predeceased by his parents George and Fern Bingle.

Survived by his brother Dwight and sisters Catharine (Karl) and Rhonda (Danny), his nephew Andrew (Rosie) and niece Victoria (Jake), and numerous cousins and friends. 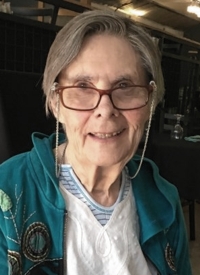 Jean passed away at home in Toronto on June 9, 2021, surrounded by family.

Jean was born and lived in Windsor, Ontario for most of her life.

Jean served for the Salvation Army Grace Hospital for 35 years mainly as an emergency room RN.

Jean was a "Grace grad" and the hospital was like a family for Jean and kin.

Jean was predeceased by cherished husband Robert Lincoln Billing (1997). Robert and Jean moved from Windsor to the village of Northridge to rural life and enjoyed gardening on the family farm, Jean continued to work in Windsor until retirement. 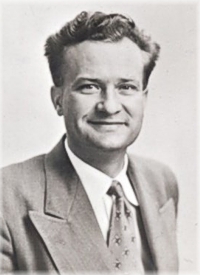 Harold attended the University of Manitoba from 1944 to 1948, and started his career in the Pharmaceutical Industry in 1949, with A.H. Robins (now Pfizer/GSK).

Subsequent to several promotions Harold became President of the Company in 1960, and retained that position until his retirement in 1990. 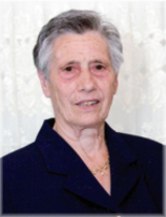 SANTAGUIDA, Maria - It is with heavy hearts that we say goodbye to our beloved mother and grandmother, Maria Santaguida, 90, who passed away in Toronto, Ontario, Canada on June 9, 2021.

She was born to her late parents, Giuseppe and Teresa Galati, Jan. 22, 1931, in Vallelonga, Vibo Valentia, Calabria, Italy. Maria moved to Canada in 1956, and married the late Giuseppe Santaguida in 1958. 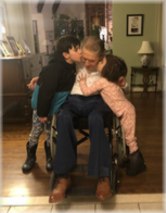 SUCHON, John - Passed away peacefully on Wednesday, June 9, 2021 in his home at the age of 77 with his son David by his side.

John was born in Poland in 1943, the second son of Karl and Maria.

John deeply loved his older brother, Fritz, who was two years his senior. John always carried with him the loving memory of Fritz, who tragically passed away as a young boy.

John immigrated to Canada with his parents, becoming a proud Canadian citizen in 1957.

John’s family settled in the Upper Beaches and he attended Malvern High School, excelling in athletics.

PAZIENZA, Ulderico  -  Peacefully at home, surrounded by his loving family, on Wednesday, June 9, 2021.

Ulderico was predeceased by his loving wife Filomena (2014).

Born on October 17, 1928 in Priverno, Italy, to Achille and Rosaria Pazienza.

JAMIESON, Mayna Elizabeth (nee Daye) - Peacefully in her 79th year, surrounded by her loved ones at Cedarvale Lodge in Keswick on June 8, 2021. 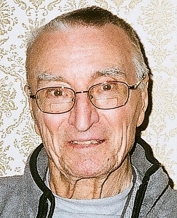 Albert certainly had a life well lived. He especially enjoyed working in the garden digging up plants, moving rocks, and pruning trees, in his ‘official’ gardening outfit of short shorts, a bandana, and his Road King wagon.

When not gardening, Albert spent many hours corresponding to people across the world and listening to classical music. He enjoyed the arts and was himself artistic, turning his hand to wood working, painting, and writing (a novella, “The Old Shoes,” and poetry). 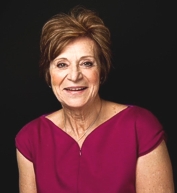 She is survived by her Husband of 50 years, Zeki Devli, her children Sophie Angelidis (George Mogielnicki), Karim and Rosemary Devli, and her grandchildren Eric and Olivia Mogielnicki.

She is also survived by her brother Francesco Landoni, his son Alessandro Landoni, and her sister Luisa Hasou, as well as her children Franco and Joseph Hasou.

She rejoins in eternal life her parents Marika and Angelo Giuseppe Landoni. 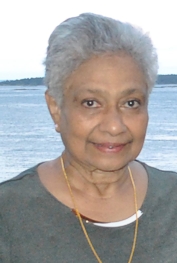 MALAYIL, Dr. Ammini - Peacefully, on the 8th of June 2021, Ammini Malayil, our beloved wife, mom, and Amma passed away surrounded by her family.

She will be dearly missed by her husband of 55 years, George, also lovingly known as Pappachen, and children, Nina (Mark) and Joe (Goretti) and grandchildren, Lily, Daniel, Asher, and Arianna.

She is also survived by her brother Baby and sisters, Molly and Phyllis. Her youngest sister, Phyllis (or Philly) would prove to be a soulmate to Ammini and together with their husbands and children be two families joined by one heart. 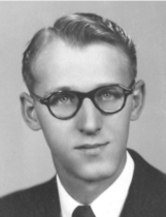 Dear father of David and his wife Danette and Leslie and her husband Edward.

Will be dearly missed by his grandchildren.

She was the cherished wife of Julius for 59 years.

AGRO, Isabella - The family of Isabella Agro is saddened to announce her passing on June 8, 2021 at the age of 80. Isabella was a beloved wife, mother, grandmother and great grandmother.

She will be lovingly missed by her husband of 62 years Vincenzo, her daughter Tilda along with her husband Frank, her son Sam along with his wife Susanne, her grandchildren Maurizio, Vincenzo, Marisa, Troy, Francesca and Sharon, and her great grandchild Tomasso. 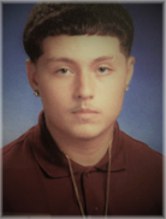 RUSSO, Anthony Benito -Was taken away from us too soon at the age of 16. He sadly passed away surrounded by his loving family, on Tuesday, June 8, 2021 at St. Michael’s Hospital, Toronto.

He will be greatly missed by his countless friends and family including, his mother Michele Russo and father Jerry Russo, his older brother Carlo Russo and his dog Rocky.

Loving grandson to Lorenzo and Vivian Arezza and Antonio and Antonietta Russo. 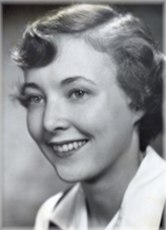 She was a true Torontonian through and through - she grew up in North Toronto and raised her family there as well.

She was a regular fixture at the Granite Club and also at the Muskoka Lakes Golf & Country Club when at the cottage in Port Sandfield. 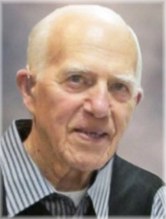 Bob, beloved husband of Gladys for over 44 years.

He will be greatly missed by extended family members and friends. 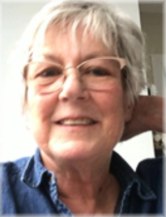 GRIFFIN, Barbara Jane - It is with great sadness that the family of Barbara Griffin announce her passing on June 8, 2021.

She is survived by her twin sister Bev Munkley, her sister Sandra Griffin Reading and her brother in law Herb Reading.

She found her true vocation at OCA and graduated in 1980 with a degree in illustration.

She made lifelong friends there.

She pursued her career for many years. 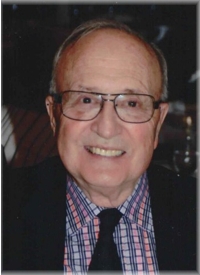 He was a lawyer for 20 years in Ottawa and Toronto and served as an Ontario Provincial Court Judge in Toronto for 29 years. Ron volunteered as a Director and Big Brother with Big Brothers of Metropolitan Toronto for 25 years. He also volunteered with the Food Bank of Waterloo Region.

Wes was predeceased by his parents, Sidney and Daisy, his brother Ronald and his wife Shirley Grace. 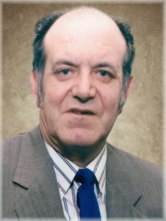 Jose resided at Norwood Long Term Care for the past 9 years.

His wife Maria Eugénia Dos Santos of 46 years of marriage together with his friends will dearly miss him. 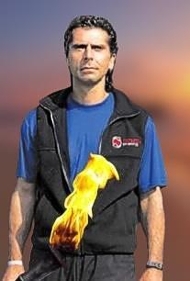 George was predeceased by his beloved parents Agostino and Rosa Maria Marcello.

He is the loving brother of Caterina, Domenico and Salvatore (Mary). Cherished Zio of many nephews and nieces: Daniele, Letizia, Michael, Alessia and Alexandra. Also cherished by his great niece and nephews Adlaida, Naeus and Armani. George will also be remembered by Khaled and Mohammed who he always referred to as his kids.

George will be loved, deeply missed and forever remembered by all of his family and friends.

George was the founder and CEO of Step by Step Organ Donation Association. 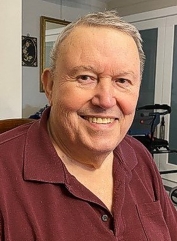 GITOW, Walter - It is with deep sorrow that we announce the sudden passing of our beloved husband and father, Walter, on June 7, 2021 at Sunnybrook Hospital.

He will be deeply missed by a large network of dear friends, colleagues, and students.

Walter was a high school chemistry teacher at Leaside High School, where he devoted 34 years of his teaching career. In addition to his commitment as a teacher, he was a volleyball coach, bringing the girls volleyball team to the OFSAA Championship. He will be remembered for his deep commitment and passion for chemistry, and for making chemistry relatable through real world examples for all students. Walter was respected by his students and colleagues alike. 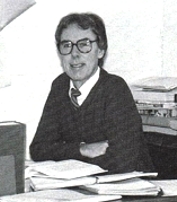 Glenn was the son of loving parents Alfred Edward Yorke and Marie Elizabeth Yorke (nee Willis). He was predeceased by his parents and his dear friend and partner, William “Bill” David Hughey. Glenn is survived by his cousin Brock Cromwell, his partner Bill’s sister, Pat Green, as well as his many friends.

Following his UC years, Glenn went on to study at the Ontario College of Education where he graduated in 1951. His first teaching position was at Wallaceburg District High School. After a brief sojourn in southwestern Ontario, Glenn joined the staff at Thomas L. Kennedy Secondary School in Mississauga during the year that the school opened in 1953. He taught at TLK for 31 years, retiring in 1984. During that time Glenn spent two stints with the Department of National Defence teaching in France and Germany.