It is with great sadness that we share with family and friends the passing of Christine Spasopoulos.

Beloved mother to her children Billy and Maryann and future son-in-law Gianluca.

It is with heavy hearts that we announce the passing of Radivoje (Rade) Zizakovic.

He is survived by his wife Radovanka (Rada) whom he shared 56 years together, his sons Srecko and Ljubinko (Lubo) and four grandchildren, Milana, Maksim, George and Aleksa. 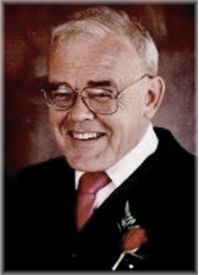 BELL, Richard (Dick)   -  It is with the fondest of memories that the family of Dick say goodbye.

Born in Haileybury, Ontario to the late Thomas and Rose Bell, he was the first of three children.

After living in many different Northern Ontario towns, he headed to Toronto to complete a BSc in Geophysics at the UofT followed quickly by an MSc.

Not only did this time in Toronto provide him with an education, but he met his soulmate and wife, Mary. After their marriage they moved to Princeton where he earned his Doctorate in Geology. 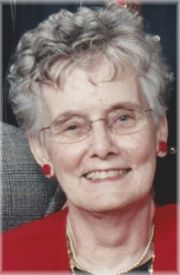 BOYNTON, Elaine Shirley  - Of Mississauga passed away on January 15, 2022 at the age of 87 at Dufferin Oaks in Shelburne.

Elaine was born in Toronto to the late Walter and Rhoda (Victoria) Blasak on April 11, 1934.

Elaine grew up with 4 brothers, Clark, Paul, Grant and Kenny and one sister Barbara.

Elaine is survived by their children Susan, Jim, Diane and Gary and their spouses Frank and Janine.

Bill and Elaine were blessed with 5 grandchildren Jeanette, Heather, Michelle, Alexander and Victoria.

Their family continued to grow with 2 grandsons-in-law Garrett and Daniel. 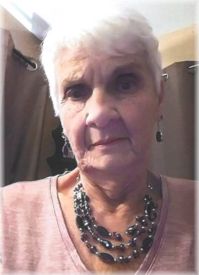 Survived by her daughter Erika and her children, Patience and Beth; daughter Sherry (Bruce); and daughter Tanya (Mark) and their children, Ella and Abby.

Mother-in-law to Lori Cook (the late Wesley) and their children, Tim, Tyler, Kimberly and Christian.

Fern will be dearly missed by her brother Raymond (Shirley). 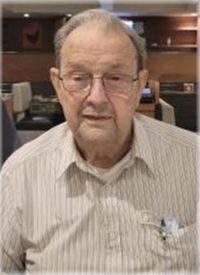 DICKENS, Peter Kenelm   -  It is with profound sadness that the family of Peter Kenelm Dickens, announce his peaceful passing, on Saturday, January 15, 2022, at Scarborough General Hospital, at the age of 92.

Born May 28, 1929 in London, Ontario, he was the third child of Harry Blundell Dickens and Ida Temple Silk.

He was predeceased by his wife, Margaret Helen Dickens (McKay) and brother Harry Brian Dickens (Moira).

He will be lovingly remembered by his sister, Lois (John predeceased), son Gary (Judy) and daughters Debbie (Romeo) and Linda (Larry). 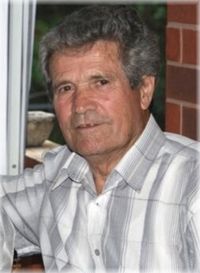 GOZIOTIS, Stefanos (Steve)  -  Our beloved father, Stefanos (Steve) Goziotis passed peacefully, in his 88th year, to be with his cherished wife Zorka (Avgy) of 62 years and his treasured daughter Helen, on Saturday, January 15, 2022.

His children were by his side.

His sole focus was family.

He was a dedicated father to Helen, Ann (Craig Dunbar) and Louie (Carmie Sisto) and a loving grandfather to Michael, Stephen, Natalie, Stephanie, David and Emilie and great-grandfather to Henry.

He remained very close with his large family in Greece.

He readily helped his family and many friends. 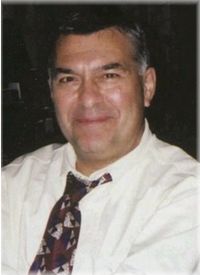 Born in Toronto, August 5, 1948, predeceased by his parents, George and Theodora Nanoff.

Great-uncle to Matthew, Nicholas and Zachary and cherished Nephew of Christina Gardanis.

Jim was a longtime employee at RBC and a loyal sports fan of the Leafs, Blue Jays and Argos.

He joins his beloved wife Annegret, and is survived by his son Roger (Karin) and his grandchildren Kyle (Noah), Nicole, and Christina. Karl will be deeply missed by many. 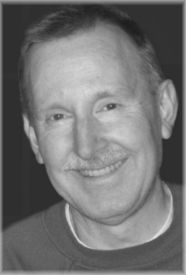 Doug passed away peacefully at home after a long illness at the age of 68.

He is survived by his wife of 38 years, Teresa, and his children, Elizabeth, Catherine, William and Alexandra.

He will be dearly missed by his mother Helen Adele Walker, brothers Dave (Lisa) and Derek (Leslie), aunt Norein and cousin Deanne. He was predeceased by his father Donald.

Doug was a graduate of Thornlea Secondary School, York University, OISE (University of Toronto) and Seneca College. He worked as an accountant for Gulf Canada and Petro Canada for several years.

Doug was an avid reader and lifelong lover of music – both classical and jazz. He also loved visiting with neighbours and spending time at the family cottage, sitting by the lake. 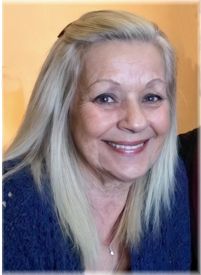 SWAN, Euice Rodrigues  -  It is with sincere sadness and heavy hearts, that we announce that Eunice passed away peacefully, on Saturday, January 15, 2022, at the North York General Hospital, in her 75th year, in the presence of her family.

She will join her mother Elza and sister Neusa in Heaven.

GINSBERG, Jerald (Jerry) Donald   - It is with profound sadness that the family of Jerry Ginsberg, announces his sudden passing, on January 15, 2022, at the age of 79.

He will be lovingly remembered forever by his wife and best friend for 57 years, Judith (Judy), his son Morgan, his partner Tascha, his daughter Dana, son-in-law, Tony, his sister Ruthie, extended family members, and dear friends. 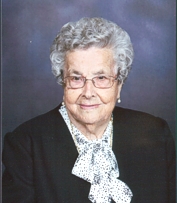 Del GIUDICE, Altea - Peacefully passed away at the age of 103, after a brief illness on Friday January 14th, 2022 at Etobicoke General Hospital.

Beloved wife of the late Cesare. 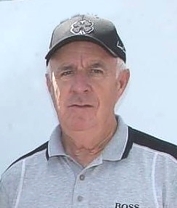 NEWTON, Larry Walter - It is with deep sorrow that we announce the death of Larry Walter Newton (Waldo) (Aurora, ON) who passed away unexpectedly on Friday January 14, 2022 in his 74th year.

Hanan as a very loving kind soul, and a true fighter in every way. Loved spending quality time with his family and always had great wisdom. 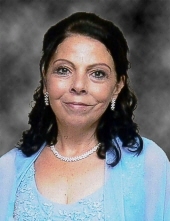 STRANGIS, Teresa - It is with great sadness that we announce the passing of Teresa on Friday, January 14th, 2022, at the age of 64.

Survived by her beloved husband Antonio. 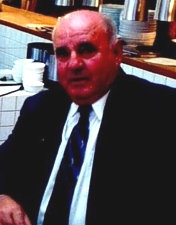 Di GIULIO, Antonio Ezio - Peacefully, surrounded by his family, God called Antonio on January 14, 2022 at the golden age of 86.

Beloved and devoted husband to Maria Nicolina for 63 years.

Born on July 13, 1935, to Silvestro & Concetta in L’Aquila, Abruzzo, Italy. Antonio was one of seven children.

Alex, born September 18, 1931 in Edinburgh, Scotland, passed away peacefully at his residence in Toronto, on Friday, January 14, 2022, after a long struggle with dementia.

He leaves behind his beloved wife Gladys of 67 years, his devoted sons Alan (Joanne) and Philip (Tracey), his cherished granddaughter Laura (Phil) and great-grandsons Patrick, Parker and Preston.

Beloved wife of George Avery, loving mother of Timothy, grandmother of Matthew, Andrew and Eric and mother-in-law of Daniela Avery.

Daughter of the late Frank and Elva Ritchie.

He was preceded by his loving wife of 55 years Janet. 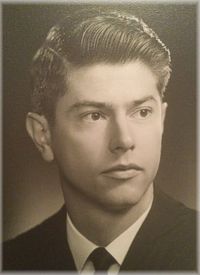 SHARPE, Donald  - It is with deep sadness that his family announce Donald James Sharpe, age 85, passed away peacefully on January 14, 2022.

Don was a man of science.

After graduating 3rd in his class from University of Toronto in electrical engineering, and a short time working at Bell, he spent the remainder of his career teaching Physics at Central Technical school.

Don was fortunate to be able to spend his retirement travelling the world, and relaxing at his beloved cottage.

Don is survived by his wife, Marilyn, children Julie and James, grandchildren Jack, Sasha and Cole. 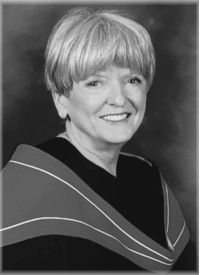 Predeceased by her husband Don, Mae is survived by her children Heather (John) and Russel (Karen) and her beloved grandchildren David, Emily, Alexis, Vanessa, Cedric and Cameron.

Mae was born in Prince Edward Island and moved to Toronto, where she started a long and successful career as a school teacher and principal.

She was much-loved and appreciated by her students whose lives were greatly enriched by Mae's enthusiasm and dedication to her profession.

Mae's passion was the teaching of reading skills (to which her grandchildren will attest). 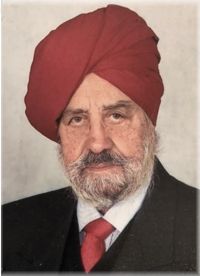 SINGH, Harjit  -  It is with heavy hearts that we announce the passing of Harjit Singh, age 93, on January 14, 2022 at Sunnybrook Hospital.

He was a loving husband to his late wife Kulwant Singh. He was a devoted father to his children Jagjeet and Beeba and loving father in law to Sabrina and Louie.

A devoted grandfather to his grandchildren Dylan, Jasmine and Luigi Jr. He was a beloved brother, cherished uncle and brother-in-law and a great friend to many.

He will be greatly missed and remembered for his knowledge, kindness, strength, courage, positivity and his guidance.

He was a loving, devoted husband to Terry Ward (née Mernagh) for 38 years, and fiercely proud of his two children with her, Jennifer (Sean) and Christopher.