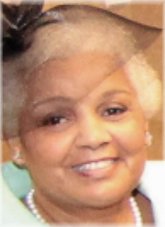 She was born on July 18, 1945 in Toronto, Ontario, Canada. She was the product of the union of Philip Bolton Paterson, of Hamilton, and Charlotte Lillian Patterson (nee McGruder), of Toronto. Both her parents were descendants of the Underground Railroad.

Pat was predeceased by her mother, father, younger brother, Paul Edward Patterson, of Toronto, and her beloved shih tzu dogs, Brutus and Sasha.

Pat attended elementary school at Givens Street Public School and later, Parkdale Collegiate Institute for Secondary School, both in Toronto. After relocating to Winnipeg, Manitoba, she attended the University of Manitoba, receiving a Bachelor of Arts, Bachelor of Education and Masters of Education.

She commenced her employment at Sandy Bay Ojibway First Nation, in Manitoba, as a teacher, living on the Reserve, and rising to serve as Principal of the high school. She returned to Toronto in 1986 to care for her ailing mother, working in several Toronto schools as a teacher until her retirement.

She retired in 2011 and continued as a regular substitute teacher at Northview High School, North York, Ontario, until her final days.

Pat was an avid historian and community activist for both First Nations and descendants of the Underground Railroad. She held posts on numerous non-profit organizations, served as the Executive Director of the Ontario Native Council of Justice, was a founding member of both the National Association for the Advancement of Coloured People (NAACP) Canada and the Underground Railroad Descendants Association (UGRD).

In 1997, her one and half decades or research tracing her family genealogy culminated in “The Tree of Freedom” project, which received critical acclaim as it traced the struggles, journey, accomplishments and historical contributions of her ancestors over 200+ years to the present.

She was a highly regarded authority on Canadian black history, having written, edited and been a regular contributor to numerous editions of Canadian history school textbooks to ensure accuracy and acknowledgement of the role of Canadian blacks.

She leaves to cherish her memory her only son, Gary Wayne Gabriel Patterson, her brother, Roger Philip Patterson, her twin granddaughters, Cassandra Lillian Patterson and Breann Patricia Patterson, her nephew, James Edward Roth of Virginia, and her beloved god-daughter, Cathie Bell. There are also many nieces and nephews, cousins, colleagues, co-workers and a wealth of friends.

A Memorial/Celebration of Life service will take place on Saturday, September 21, at Cardinal Funeral Home, Toronto, Ontario, Canada, from 1-3 p.m.

In lieu of flowers, donations to the Alzheimer Society or Heart & Stroke Foundation will be appreciated.