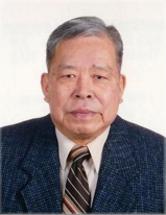 Guy was born in Southern China, in the rural village of Pong Woo where the YOUNG Clan resides. Pong Woo is in Poon Yue (Panyu), which is a district on the outskirts of Guangzhou (Canton) in the province of Guangdong, China.

Guy immigrated to Toronto in 1952 and worked in the grocery business and established his own store at Danforth & Woodbine in the 1960’s, moving to the current location of Guy Young Fruit Market at Dundas St W. & Bloor St. in 1970.

The family looks forward to celebrating his life with you at the Elgin Mills Funeral Centre, (1591 Elgin Mills Road East, Richmond Hill). Visitation on Monday, August 26th, from 1pm tp 2pm, followed by Funeral from 2pm to 3pm.