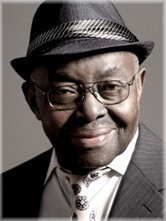 He is survived by his wife Evadnie of 28 years and his six children, Junior, Richard, Michael, Charlie, Donna and Beverley.

He was blessed both grand and great grandchildren.

He is also survived by sisters Lydia and Lynn and their families.

As an expression of sympathy, memorial contributions should be directed to Malvern Christian Assembly’s October Missions Project.