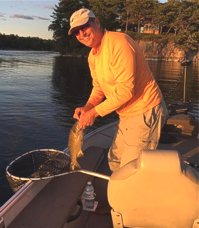 BERGEVIN, Robert Paul - Rob passed away suddenly at his Toronto home on November 11, 2019, in his 67th year.

He was born on April 8, 1953, to Jacqueline (née Hoogenberk) and Paul Bergevin in Shawinigan Falls, Quebec.

Rob grew up in Kingston, Ontario, where he graduated from Frontenac Secondary School and Queen's University with a Commerce Degree. He also earned an MBA from York University.

Rob had a long and fulfilling career, beginning at General Motors and Gulf Oil, followed by extensive public service as a Director of Policy at the Ontario Ministry of Transportation and Transport Canada. He retired in 2012.

Rob's family was the centre of his world. He was a devoted, loving husband and father, and a deeply caring brother and uncle. He cherished his many friends. He was big-hearted, always ready with a smile, a joke, and a helping hand. His greatest joys were boating and fishing with his family and friends, and in recent years restoring his prized antique wooden cruiser, Elude.

He leaves his heartbroken family -- his wife of over 30 years Maria Papoutsis, his beloved daughters Katie and Julia, his sisters Jacqueline and Sylvia, and their families.

He was much loved and will be so greatly missed.

Friends and family are invited to a celebration of Rob's life on Wednesday, November 20th at 2:00 p.m. at the West Hill United Church, 62 Orchard Park Drive in Scarborough, Ontario.

In lieu of flowers, donations may be made in Rob's memory to the Heart and Stroke Foundation. Arrangements with Giffen-Mack funeral home, Scarborough.