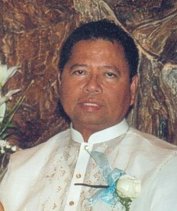 NICASIO, Augusto - Passed away peacefully at the Baycrest Health Centre on Friday November 29, 2019 in his 69th year.

Beloved husband of Vivian Mallari and dearest son of Nenita Dimla Nicasio. A loving father, he is survived by his children Christine, John Joseph, Ian, Marviniel and Vina, as well as his former wife Dorotea.

Augusto was an electrical engineer for most of his life and spent many years as a technician calibrating, fixing and maintaining medical equipment.

Augusto also found great comfort with his involvement with the church over the years.

If desired, in memoriam donations may be made to the Canadian Cancer Society would be appreciated by the family.