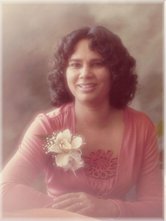 IQBAl, Jane Suraiya - Passed away peacefully in her sleep on Sunday, January 12, 2020.

Jane was born in the Gujranwala region of Pakistan on July 8, 1938. She was the eldest daughter of Mr. and Mrs. Benjamin with five younger siblings.

On December 13, 1954 she married Ch. I. M Iqbal and they just celebrated their 65th wedding anniversary.

She was head of the physiotherapist department for women at the Karachi Adventist Hospital along with her husband who was in-charge of the men’s department.

They were blessed with three children Sohail, Oneil and Dolly and lived in the Adventist Lodge. This lodge housed other Adventist families who worked at the hospital. Jane invited all the children in the lodge to her home to have sundown worship every Sabbath. Ingraining in the children the love for God, that is one thing that these children now recall about her.

In order to provide the best for their children she worked privately as a physiotherapist and her client list included dignitaries and families of ambassadors and Mrs. Nusrat Bhutto.

In September 1973 the entire family immigrated to Sherwood Park, Edmonton, Alberta. She sat down with her children and advised them to never forget where they came from. Never to abandon their culture and choose the best from their past and their newly adopted country Canada.

As most kids we were forced to wake up early to attend church, however, the love for God is instilled in all her children that now all serve in various capacities at their respective churches.

With over 47 years in Canada she was blessed with her children being married and the joy of having six grandchildren – Shakeel, Shazia, and Shahid; Christopher, Kenneth and Christina.

With the latest addition of Ava Grace, her great granddaughter who is now five months old.