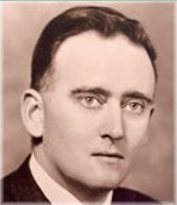 ALLEN, Harold Macdonald "Mac"   - Retired Locomotive Engineer - made his "last run" on January 27, 2020 - passing away peacefully in Toronto at the age of 88 years.

Mac is survived by his wife of 50 years, Violet Allen, and brother, Robert Allen.

Predeceased by his 7 other siblings – Howard, Audrey, Edna, Donald, Ken, Margaret-Jane and Gerald. Cherished Uncle of many nieces and nephews and treasured friend to many.

Born to Edith and James Allen, and raised in Britt, Ontario, Mac followed in his father's footsteps and gained employment with the Canadian Pacific Railway during his teenage years.

He was one of the dwindling numbers of remaining railroaders that had worked on steam locomotives and later took the transition to diesels in stride.

Mac took pride in himself, the CPR, his crew and, of course, his locomotive. He will be remembered for how well he cleaned the cab before each run. Mac was actively involved in the Union, and was President of BLE Division 295 for 10 years.

He was always there to help, to listen or advise his fellow enginemen and was a patient and encouraging teacher and mentor to new locomotive engineers. After 47 years of service with CPR, Mac retired on March 30, 1994. Mac was a true gentleman, optimist, storyteller and conversationalist who could connect with members of all generations.

His loss will leave a huge void in the Allen family, but his legacy will live on through the beautiful memories he has left us with.

A Celebration of Life will be held at a later date.

In lieu of flowers, donations to the Mactier Railroad Heritage Society, South Simcoe Railway Foundation or a charity of choice would be greatly appreciated.