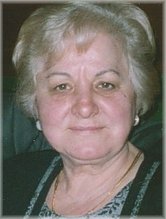 She was born on April 5, 1938 in Liebsdorf Warthegau, Poland to parents Albert Rast and Marie (Hempel) Rast. She was one of nine children born into a family of six girls and three boys.

She was predeceased by her brother Alfred, sister Eugenia, brother Arthur and sister Helga.

She is survived by her sisters Helena and Lydia, brother Helmut and sister Christel.

She moved to the USA in 1956 to work as an Au pair for a doctor and his wife and their three children. She met her husband Leandro Fabbro in early 1958 while she was living in Detroit and he was living in Windsor. They were married on October 17, 1958 and spent the next 61 years together.

On September 18, 1959 they welcomed their only child, daughter Darlene Lucia Fabbro, who later married Peter Blenich. Else was blessed with four grandchildren, Angelica (Chad), Daniel (Kathleen), Nicolas and Emilie.

She was a great grandmother to Evangeline and Abigail Ingram and was set to welcome a third great grandchild this summer.

She was an aunt and great aunt to many nieces and nephews all over Canada and the world.

She was a faithful employee at Nortel Communications for nearly 30 years, where she was often commended for her diligent work and perfect attendance records.

She and Leandro lived throughout the Toronto area and purchased their beloved cottage on Georgian Bay in the early 1970s. It was there where she spent her final years with her husband and their pet dog Millie.

Else had many passions and hobbies in her lifetime, including paddling on Georgian Bay, playing badminton, cooking, sewing and hosting and entertaining company. She adored her grandchildren and great grandchildren immensely and always made time for them and loved to cater to them during their frequent visits.

In November 2019 she suffered a massive stroke, which was followed by a lengthy stay in the Midland hospital. She spent her final days at Owen Hill Long-Term Care Home where she passed away suddenly on February 6, 2020.

Friends may call at the Marshall Funeral Home, Richmond Hill on Sunday from 2-4 pm. Service in our Chapel on Monday at 11am with visitation one hour prior.