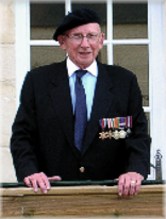 LEWIS, John Monk 'Jack' - Passed away peacefully, after a brief illness, at home in Belmont House, Toronto, on Thursday, March 19, 2020 at the age of 95. He chose to leave us on the first day of Spring.

Jack was predeceased by his beloved wife of almost 40 years, Joan, and his older brother and sister, David and Marjorie.

He was born in 1924 in Montreal where, in his own words, he had an idyllic childhood. He was incredibly close to his adored mother and grandfather, Ross (‘Garoo’) and spent many happy times at Garoo’s country home, Woodlands. He attended Selwyn House and Westmount High.

In 1943, aged 18, Jack enlisted in the army along with his life-long best friend, John Elder. He served in the Royal Canadian Artillery, taking part in D-Day, the invasion of Normandy, the liberation of Holland and continued through to Germany as part of the Army of Occupation. He was very proud of this period of his life, re-visiting Normandy in his 80s and never failing to attend Remembrance Day services at Queen’s Park with his family.

He graduated from McGill in 1949 with a degree in economics and started a long career in finance in what was then called ‘stock broking’ but is now considered ‘wealth management.’ For many years, Jack was at Fraser & Dingman, where he became the principal partner and owner. He wore the original Bay Street uniform of a three-piece suit and bowler hat with style, retiring from RBC Dominion Securities in 2004 at the age of 80. As well as his love of figures (math and otherwise), Jack was passionate about painting and photography, the latter becoming his preferred medium as he was older as it was ‘faster.’

He was married in 1953 to Enid Mary Graham (now Hogarth), the mother of his six children whom he taught ‘the value of the dollar.’ In 1978 he started a new chapter of his life when he married Joan (Kalteissen) of New Jersey. Together they enjoyed their mutual love of culture - film, art exhibitions, music - as well as Sanibel Island in Florida, fine food, their travels and their Cornish Rex cats.

Jack will be remembered for his sense of humour and love of the absurd, his charm and love of women, his obsession with the weather, cycling until he was 87, and his particular brand of meticulousness. He was always a man comfortable in his own skin.

The family would like to thank his caregivers - Analyne, Haydee, Berna, Sally and Cheryl as well as the staff at Belmont House - for their care and compassion, and Veterans Affairs (VAC) for its kind and generous support over the years.

A private memorial event will take place at a future date.