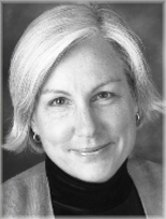 With her captivating smile, Miss K. once talked Metro’s finest: the Detectives of Toronto Police Force, off their ice time. A Morse Street Public School colleague had incorrectly booked an afternoon’s skate for a rambunctious group of Sabrina’s Grade 5 and 6’ers. Sabrina had an exactness of how things were to be done until the very end. You were lucky if she gave you ‘the smirk’ after one of her clever quips.

Sabrina’s parents Elmar and Ksenia Komendant arrived to Canada in 1950 as displaced Estonians from World War II and settled into Toronto’s Davisville, a beautiful neighborhood of tall elms and cool mapled parks with good schools and many amenities. Everything was so nearby and comfortable, Sabrina once set off to school in her slippers. During those school days she ran everywhere, had a great arm for ball sports and took the lead in many a cycling rally.

A life long learner, Sabrina did not stop after receiving a BA in English Lit. and Economics from University of Western Ontario. She turned 180 degrees to the sciences, enrolling in Kinesiology at Simon Fraser in BC and then at Humber College for a combined degree for Occupational and Physical Therapy. Caring for and working with children would be the most rewarding time of her life. After many years with the children at Bloorview Hospital, Morse Street Public School in downtown Toronto and Oakwood CI, Sabrina secured a position at Sunny View Public School for Disabled Children. Fifteen hundred candidates had applied. Many times Sabrina would affirm: “The children taught me everything”

After a decade at Ottawa General Hospital’s Rehabilitation Centre, she used all her languages comforting new Canadians as well as her sewing skills for therapy aids. The Fashion Design and Techniques program at George Brown College was where she earned yet another degree with honours. The garbed human body served her creative instincts as well as her appreciation for glamour and ergonomics of apparel. As a volunteer at Sick Children’s Hospital, Sabrina sewed pajamas, O.R. caps and specialized medical dolls to be customized by the children themselves.

Sabrina was also a seer with a camera and took many courses in Photography, Film and Filmmaking at U of T. Like many Canadian Estonians, Sabrina worshipped nature and having lived in several different cities in Canada, she was most comfortable camping, hiking, skiing and swimming. She eventually returned to her childhood neighbourhood,  where she engaged with her community. One of Sabrina’s projects was spearheading pollinator plantings - especially in neglected alley and backyard fence-lines.

“One who is much beloved has many nick-names”

Twin sister Kristina and Rita-the-elder with Husband Craig Norell are brokenhearted to lose Sab, Sub, Subbie, Submunchkin, Sabrinhein. The Komendants are eternally grateful to Kaili, Helen and Iivi for their frontline care and give a heartfelt thank you to Victoria, Fronia, Joan, Kathy, Jasmine, and Susan, the LPCI gals for their love and support during this difficult time.

Donations to City of Toronto Parks and Recreation are proposed.

These greenspaces offer solace and refuge from the noise of the big city,

I am not saying goodbye; this is à bientôt!