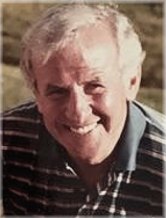 He will be sadly missed by Arlene, his wife of almost 61 years.

He was a loving father of Dawn Boloten and Tony Isen.

A loving father in law of Mark Boloten and Debbie Isen.

He was an amazing Zaidy to his beloved grandchildren Taylor, Madeline and Isaac.

Dear brother of the late Jean Lewis and Jack Isen.

Ernie was a great jogger before it was ever in vogue. He continued with his passion for fitness throughout his life! His greatest joy and memories was skiing the hills at Alpine accompanied by his friends and family.

Memorial donations may be made to The Ernie Isen Memorial Fund c/o The Benjamin Foundation.