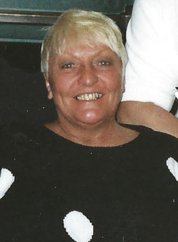 WYSYNSKI, Lilyanne - Peacefully passed away at The Cedarvale Terrace Long Term Care Home in Toronto on Tuesday, May 26, 2020. Lilyanne Wysynski of Toronto at 83 years of age.

A special thank you to Lil’s special caring, compassionate friends Pat Cousrey and Garth Smith who help take amazing care of her. As well, thank you to the caring staff of Cedarvale Terrace.

Cremation has taken place and a celebration of life will be held for her and her brother Wayne in Sault Ste. Marie at a later date.

In Lil’s memory, donations may be made to the ARCH Hospice in Sault Ste. Marie.