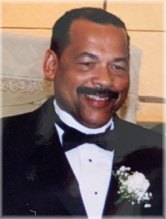 STEPHENSON, Michael George - At age 72 returned to his heavenly home on May 26, 2020 after a valiant battle with dementia. His devotion to his children, family, zeal for life, and his firm belief in God supported him in his struggle and ultimately gave him peace.

Michael was born to the late Wilbert and Marion Stephenson, in St. Mary Parish, Jamaica on September 19, 1947. He migrated to Toronto Canada at the young age of 18 and quickly began technical studies to become an Electrical Technician.

He worked as a highly motivated and a hard working employee of T. Eaton Company Ltd. ( Eaton's) for almost 20 years. His love for learning and education led him to study and earn a Bachelor’s Degree in Business Administration from York University in 1983.

Michael was blessed with a large and loving family. A devoted father, he helped raise his three children with love, loyalty and discipline. He taught them to read, write, and the value of higher education. He often took his children on family outings to see the natural beauty of the many parks in Ontario, bicycling, visiting museums or on camping trips which he enjoyed immensely.

Michael was both a philosopher and educator at heart. A deep thinker, he loved having conversations about life, and imparting his wisdom and life lessons especially to his children. He was kind, straightforward, sincere and always had time to answer a question or solve a problem, no matter how small. He will be dearly missed and forever remembered by his loved ones, who celebrate the fact that he is now at peace with his creator.

Michael is survived by his loving wife Cynthia; his beloved daughters Elizabeth & Kimberley, cherished Son Christopher, Son-in-laws Horace and Rami, daughter-in-law Jaclyn and his treasured seven grandchildren Daniel, Ashley, Jacob, Aaron, Gray, Mia, and Felix. His dearly loved brothers and sisters Joseph, Beverley, Dorlane, and Sharon. He is preceded in death by his younger sister Pauline and his parents. He will be greatly and sadly missed by countless family, many friends and all who knew him.

Michael will be laid to rest privately in June however due to the current pandemic situation a memorial will be planned at a later date in the Spring of 2021.

The family gratefully declines flowers and donations, but prayers, condolences and memories are gladly accepted.