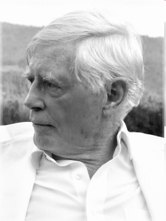 He was born in Sherbrooke, Quebec, and was raised in the Eastern Townships. He attended Trinity College School in Port Hope, Ontario, and did his undergraduate studies in Lennoxville, Quebec, at Bishop’s University, where he made life-long friends.

In 1956 he completed an MBA at Harvard University and went into business, turning a small paper-converting company in Laval, Quebec, into a healthy business with a European arm.

He sold the company in 1972 and took us all across the ocean to England for a year, where he studied at the London School of Economics and was mentored by Michael Oakeshott.

On our return to Canada, he became a senior policy advisor to Quebec’s minister of industry and commerce for a year. After that he served as director-general of Pierre Trudeau’s infamous anti-inflation board, and then as executive director of the equally newsworthy Task Force on Canadian Unity. In 1978, he went into elected politics, serving as the member of Quebec’s National Assembly for the riding of Notre-Dame-de-Grace from 1978-1987. He and a small group of Liberal MPs from Montreal ridings became close friends and allies as they defended the rights of English-speaking Quebeckers. He resigned his seat in 1987 to become Quebec’s delegate-general to London, and then served in the same role in New York City.

Dad wrote two noteworthy books on Quebec politics: “A Different Vision: The English in Quebec in the 1990s,” and “Time to Say Goodbye: Building a Better Canada without Quebec.” He was deeply involved with Montreal’s English-speaking community, serving as chairman of Alliance Quebec and chairman and president of the Tyndale St-Georges Foundation. But he always kept a foot in Quebec’s majority culture. He was perfectly bilingual and did his best to ensure we were, too. Growing up, we listened to French music and watched French television at his insistence, and he served as chairman of La Compagnie de Danse Marie Chouinard in the 1990s.

Dad is remembered by those who loved him as an elegant and witty man, an adventurer and a maverick, and an exemplar of the modern bicultural Montrealer. He struggled bravely in his final years with advanced Parkinson’s disease, and never complained as it slowly closed its grip on him.

Reed Scowen was the oldest son of Philip and Eulah Scowen. He is survived by his children, Amy, Peter, Sarah and Kate, and their mother, Mary Anne; and by his loving partner, Cynthia Ryan; his sister, Lee (Campione) and brother, Phil. He was a generous grandfather, and a beloved uncle and godfather.

His children cannot adequately express their gratitude to the nurses and doctors of Mount Sinai Hospital, who looked after dad in his final days and served with compassion as our proxies, as we were not allowed to visit him because of the pandemic. We will also be forever grateful to his primary caregiver, Jenny Bautista, who got him elegantly dressed for business every day, and to Hazelton Place for the excellent care it provided.

There will be no funeral at this time; a graveside ceremony at Reedsville Cemetery in North Hatley will be organized when appropriate.

In lieu of flowers, please consider making a donation to the Tyndale St-Georges Foundation in Reed’s name.