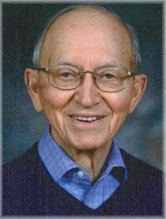 BOSOMWORTH, John Harvey - With profound sadness, the family of Harvey Bosomworth announce his passing on Monday June 1, 2020, at Sunrise of Richmond Hill at 96 years of age, surrounded by his loving daughters and care of Sunrise staff.

Harvey was predeceased by his loving wife Marguerite.

He was the cherished father of Karen Visentin (David), and Diane Jeffery (Ross).

He was the much loved and treasured grandpa to Janine and Ian Jeffery.

Harvey was a Corporal in the Royal Canadian Air Force, and he was seconded to the Royal Air Force working in radar in the United Kingdom during WWII. He enjoyed a fulfilling career as a mechanical engineer with Byron Jackson, working in Los Angeles, Toronto, Holland, and North Carolina.

Harvey was a true gentleman, and friend to many.

The family would like to express their sincere gratitude to all the staff at Sunrise of Richmond Hill for their outstanding care and devotion to Harvey over the last 6 years.

Cremation has taken place, and a private family service will take place at a later date.

Donations in Harvey’s memory can be made to Diabetes Canada, or a charity of your choice.