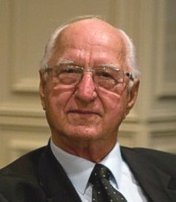 YOANNOU, George Traico - It is with great sadness that we announce the loss of the much loved Patriarch of our family. Our father passed away peacefully at the age of 93 on Wednesday, July 1, 2020.

He was predeceased by his beloved wife Kay, his adored daughter Laurie (Tony), his parents Traico and Malina, and his brothers Jim (Alice), and Chris (Sophie).

He is survived by his children Mary (Paul), and Paul (Fotini).

Fondly remembered by his brother-in-law Steve (Christine), many nieces and nephews and his treasured special relationship with his cousin Joanie.

George was born in Antartikon, Greece on November 12, 1926. He arrived in Canada at the age of 19, joining his father, Uncle Nick and Aunt Faye. His mother, brothers and grandmother joined the family a year later, where they resided in the North Toronto Area for the rest of their lives.

Quickly establishing himself as a prominent restaurateur, together with his brother, ran successful restaurants in downtown Toronto until retirement.

Over the years, George assisted many newcomers to Toronto get established. He took great pride and pleasure out of helping others. Even though he was very accomplished in his own right, and highly respected in his community, he was never comfortable receiving the accolades that went along with the recognition. He was a very humble man. George preferred the simple things in life. He was happy travelling with Kay to their cottage or in Florida, playing cards or backgammon with their friends. He had this knack of becoming your friend as soon as he met you, which is why so many will have, and continue to have, fond memories of him.

Very special thanks to his wonderful caregivers, Elisa, Aimee, Robert and Mary. He always said they were part of our family. Thank you to Dr. John Geleff for his special care.

As expressions of sympathy, donations to the Hospital for Sick Children would be appreciated.