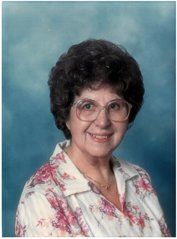 Margareta was affectionately called Gretel. All her nieces and nephews called her “Aunty Gretel."

She will be sorely missed by her children Karl and Annette and Karl’s wife Lynn and Annette’s husband Nicholas. She will also be missed by Karl’s stepchildren Kerry and Rev. Glen Halliwell as well as Marny and Andy Mowat.

Also missed by her grandchildren Clinton and Brandon and Clinton’s wife Nicole. Also Clinton’s children, her great grandchildren Nicholas (who called her Omama meaning great grandmother) (Nicholas referred to Margareta as Omama who loved stinky cheese) and Lukas (who is a little young to remember her) but we will ensure as he grows up that he will have her memory in his heart. She will be lovingly remembered by all her surviving nieces and nephews and family members still living in Europe.

Margareta was classically trained on the Austrian Zither to play in concerts and played beautifully all the Strauss Waltzes. However the war intervened and she met Charles during the war and married shortly after; then immigrated to Canada with their 2 small children to start a new life. Margareta and Charlie were profoundly grateful that Canada gave them a new start and a wonderful life.

She was also an accomplished artist who few people ever saw as such as she hid all of her art work. Thankfully, the family still have some of her work.

She was predeceased by her husband Charles Cameron Robb who passed away April 27, 1994. He was her only love and she missed him terribly.

Visitation will be held one hour before the service for family only and the funeral will be held at St. Margaret’s in the Pines Church on Lawrence Ave. East in Scarborough across from Giffen-Mack Funeral Home with a gravesite service to bless the interment and grave on Tuesday, July 7th at 1:00 p.m.

Forever with Tears in our eyes and the greatest love in our hearts for a woman who gave her all without hesitation.