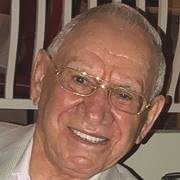 BROWN, Sam - It is with deep sadness that we announce the passing on July 30, 2020 of Sam Brown, beloved husband of the late Yetta for 66 years.

Loving father and father-in-law of Mel and Caren and the late Lisa Brown, Marilyn and Larry Pacht, and Glennie and Dave Mandel.

Sam was born in Wodzislaw, Poland on January 20, 1924. He was a survivor of the Holocaust. Sam worked very hard and prospered in his new country Canada becoming a successful builder and real estate developer who had a healthy, charmed and fulfilling life. Both kind and gentle, he was an astute business man and always immaculately dressed and stylish. An avid Zionist, Sam was a generous philanthropist who contributed to a multitude of charitable causes.

His family was his life. He was happiest being surrounded by his devoted children, grandchildren and great- grandchildren. Always with a smile, a thank you and adding I love you. He was a true Mensch and had a life well lived. He will be in our hearts forever.

Our special thanks to his may exceptional caregivers especially Susan and Mary Jane and the doctors and nurses at North York General Hospital lead by Dr. Roger Buckley.

Donations may be made to: Sam Brown Memorial Award at North York General Hospital 416-756-6944 nyghfoundation.ca/sambrown or: Association for the Soldiers of Israel 416-783-3053.

Arrangements with Benjamin's Park chapel. A Family graveside service will be held on Sunday, August 2nd. Shiva will be Private.