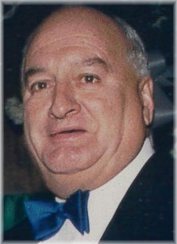 Joseph was a lifelong Habs fan and retired from General Motors (Scarborough Van) after 39 years service.