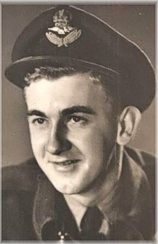 He was the adoring husband of Audrey for 69 years until her death in 2012, and the surviving older brother to Keith, Joan and Ted (2019).

Jack served as a navigator in a Halifax Bomber during WWII, returning to Canada and to his wife Audrey in 1945.

He opened his own chartered accountancy business in Willowdale which later merged with Thorne Riddell, then KPMG. Jack became a well known member of the community and a committed member of the Willowdale Rotary Club, serving as their treasurer for many years.

The club awarded him Rotarian of the Year 1989-1990 and he was a Paul Harris fellow. Jack was a man of strong ethics who worked tirelessly until his retirement in 1986.

In retirement, he donated his expertise as church treasurer to St Patrick's Anglican Church, played bridge, golf, and enjoyed social events with Audrey and friends in both Canada and Florida.

We would like to thank all the people over the years who have shown such kindness to Jack, including niece Catherine, and companion Dawn.

There are too many to mention, but all of the staff at Sunnybrooke Veterans' Centre are to be gratefully thanked for their exceptional care of Jack.

Their commitment to excellence is beyond measure.

A private graveside service was held on July 26. The family ask that any donations in his memory be given to Rotary Internatonal.